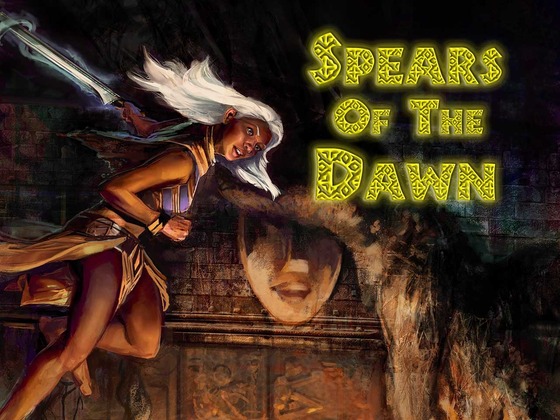 We all have learned that the estimated ship date of a Kickstarter project, especially an RPG project, is about as likely to hit as a balanced budget by the government of your choice. Sure, the intention (might) be there, but the reality is usually greatly different than the stated intent.

Which brings us to Kevin Crawford's Spears of the Dawn Kickstarter, in which Kevin decided to do things a bit differently. A playable "Alpha" version was released to backers "while the Kickstarter was still going on", virtually unheard of at the time. Alpha in this case meant "without art", as the game was pretty much already written. Kevin even stated from the start that he hoped to beat his estimated ship date of March 2013.

He's well on the way to doing that. Final PDFs were released last night to backers. Printer's Proofs should be confirmed the first week of February with fulfillment in February - a month or more early.

And thus Hell begines the process of freezing over ;)
Posted by Tenkar at 9:10 AM