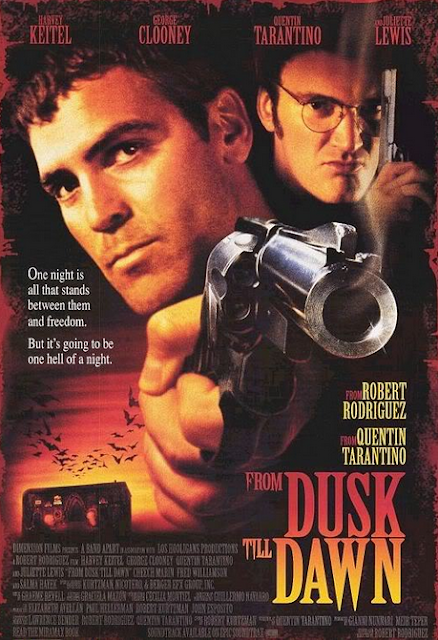 Wait! Hear me out on this one. I actually do have a line of reasoning for this train of thought.

1 - Dusk to Damn starts out as a gross out crime thriller, then turns into a wacky vampire flick.

D&D Next started out as One Game to Rule Them All, and has now turned into Bruce and Monte Bring Their House Rules to 3rd Edition.

2 - A combination of some very good and some very bad acting in Dusk to Dawn.

A combination of some good ideas and some very bad ideas presented so far for D&D Next.

3 - To entice people into the Titty Twister, Cheech Marin's character goes into his "pussy sales pitch", which ends with "If we don't have it, you don't want it"

To entice people to buy into D&D Next, Monte and Bruce have been doing their "D&D Next sales pitch" which sounds something like this:

We have all types of D&D!

Vancian Magic, at will powers, no powers!

With Dice, Without Dice, Dice that roll themselves!

If we don't have it, you don't want to play it!

4 - Both have clerics, although I am not sure clerics in D&D Next can still make holy water. If they can, I'm sure a Holy Water Super Soaker can't be far behind.

5 - Dusk to Dawn ended with few survivors and a briefcase full of money.

- D&D Next hopes to have some of it's designers survive the annual WotC Christmas Purge. They would also like a briefcase full of money, preferably yours.
Posted by Tenkar at 10:17 AM