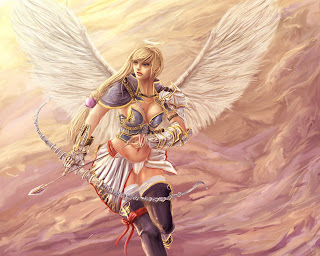 Alright, before I even get to Monte's latest missive, let me remind folks where I am coming from:  I'm commenting on what Monte is saying now, possibly compared to what was said earlier.  I'm commenting on the "Marketing Speak" that is in his posts when I find it, and calling "bullshit" where I feel it's appropriate.

In short, I'm trying to find the nuggets of corn in the stinky pile of poo.  Not because I have a desire to see 5E fail, but because I want it to succeed.  For it to succeed, it has to rise past the bullshit catch phrases of the numbers crunchers and the marketing gurus.  It can't be held down by the albatross of being the Great Unifier of Editions, The Rosetta Stone of D20 Gaming, The One RPG to Rule Them All.  It can't be all things to all players, for attempting such will give it a lot of shit many players don't like.

Yes, I have the games I truly love in the OSR.  I could never play 5E and still be immensely happy with my gaming.  I could also see the release of a truly innovative and enjoyable 5e and play, maybe even love that too.  Gamers are allowed to be polygamists.  It's in our nature.  We can love more then one RPG.  But we don't want pale imitations of the ones we love.

On to Monte's latest:


Over the last couple of weeks, I've written about why we want to try to unify the editions, and how we're going to pull it off. Here are some more miscellaneous thoughts about the process that are worth discussing as well.

Stuff to Leave Behind

Although we don't currently see universal consensus on this, it seems likely that there are a handful of things from prior editions that we don't want to bring forward into a new iteration of D&D. Not everything about every version of the game was absolutely golden.

For example, it would be difficult to imagine that THAC0 would make a comeback (not needed, agreed). Armor Class values going down to represent them getting better (math is easier the new way, and our schools are worse these days.  best to keep it simple). System shock rolls (eh). Racial level limits (could return as setting based). Gender-based ability score maximums (again, no argument). Lots of bonus types (I'm not exactly sure what Monte is referring to here). And so on. But here's the thing: if I'm wrong about that, get involved in the open playtest when it starts (it started - we know that - you mean the NEXT stage of play testing) and let us know. If you would like to see things like that be a part of the core rules set, or if you would use rules like that as optional modules, that's the kind of information we are looking for in order to make this a game you want to play.

Further, there's stuff that is kind of on the fence in this regard. What about a system that resembled the weapons versus armor table in 1st Edition? Could we make that work as a part of a simulationist rules module? Maybe. Racial class restrictions? Sure (but why?)(maybe because it kept multi classing and racial extra in balance?  Again, might be best if it were setting based). Are these good ideas? Bad ideas?

We don't want a new iteration of the game to be only a "best of" of the prior editions. If we did, there would be no reason to play it. It needs to achieve the goal of not only giving you the play experience that you want, but also giving you that play experience in a way that's better than what you've had in the past (again, stepping away from the initial idea of "play any edition with the 5E rules" - but this is promising). Faster, better, smarter.

But how much new material is too much? That's the question. How can we capture the feel and tone of your favorite edition if we add in mechanics or material that's never been in a prior edition (I've been pondering this myself)? And yet, how can we convince anyone to play a game that is just a rehash of what's come before? (Alright, this is NOT a marketing statement - this is a real, honest to God game designer question)

One way is simply through the customization of the rules modules that I wrote about last week. That is to say, although you can recreate the feel of 2nd Edition using them, you can also recreate the feel of 2nd Edition with a few options from 3rd or 4th as well. You wouldn't have to choose a past edition. You'd customize the game to make it yours. Imagine a game with Basic D&D's simplicity but with the powers of 4th Edition (that doesn't seem like it would work, but I'll withhold final judgement). Or a game that has the character customization abilities of 3rd Edition without all the tactical rules. Or any other combination you desire. We believe it's perfectly possible.  (But is it PLAYABLE?)

We are experimenting, however, with some material that is truly and entirely new. Class abilities that capture the core feel of a class, for example, even though they've never been presented in any version of the class. For example, we might take the idea of a ranger's favored enemy but express that idea in a completely different way. (Or you might have different ways to express that, one in keeping with prior editions, and one for the new edition)

We are also experimenting with variations on task resolution. What if, for example, something that used to give you a bonus or a penalty instead modified the (number of or size of the) dice you roll? A bonus to your attack roll might be the ability to roll 2d20 and take the best roll, for example. Or maybe instead of having a flat bonus, you got a bonus die to roll and add (or, in the case of a penalty, subtract)? Would these brand-new mechanics be fun and add something new to the game? And most importantly, would they feel like D&D? (Alright, now he's trying to be innovative as opposed to just rehashing the game systems we already have.  Monte, build a great game and don't worry about the prior editions)

That's what lots of playtesting and player feedback will let us discover.

(Holy shit!  Nothing for me to tear into.  Little if any marketing bullshit.  Actual game designer thoughts and questions.  Color me surprised.  No ranting from me either.  ;)