Talking Crit LiveStream Special Guests for the Month of August - Holy Crap! What a Lineup! 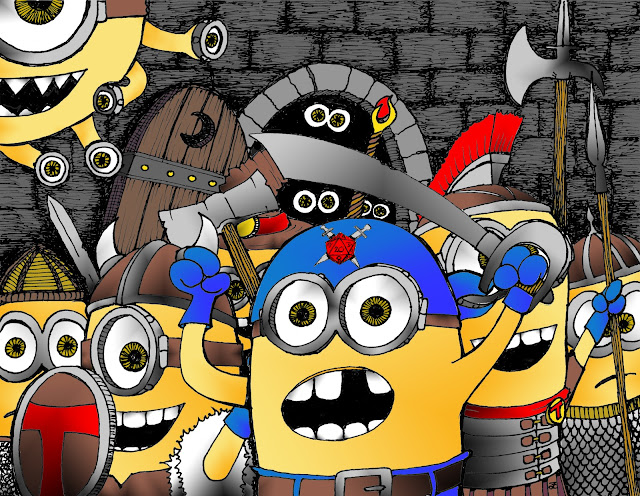 Let me state this right now - the Talking Crit Livestream on Wednesday Nights usually doesn't have a guest lined up more than a week in advance. As of 10 minutes ago, we actually have special guests lined up for the next four weeks, and its an impressive lineup :)

This Wednesday, August 10th at 8 PM Eastern we have none other than Douglas Cole of Gaming Ballistic. Doug has turned Kickstarter into an art and is the man you'd likely want to confer with before launching your first project. Doug's current Kickstarter, Old-School Solo Adventures for OSE funded in an hour.

Next Wednesday, August 17th at 8 PM Eastern Bad Mike and I will be joined by Don Semora of Wizard Tower Games. Don will be launching the D20 Delving Kickstarter at the end of this week, which includes voice-over and editing by none other than Tim Kask.

The following Wednesday, August 24th at 8 PM Eastern, we will be joined by Ben Burns of New Big Comet Games. Ben will be launching a Kickstarter later this week and is the winner of the 2022 Three Castles Award for Game Design (actually, he's won it multiple times).

The last Wednesday of the month, August 31st at 8 PM Eastern, will feature Bill and Ben Barsh of Pacesetter Games & Simulations. Pacesetter has a number of titles available with the current Essential Classic Fantasy RPG Collection at Humble Bundle.

The first Wednesday of next month, September 7th at 8 PM Eastern, will feature Thom Wilson of Shire Con. Thom also writes old-school gaming material, an old-school zine, has a number of Kickstarter under his belt, and donates work he's written for the NTRPG Con.