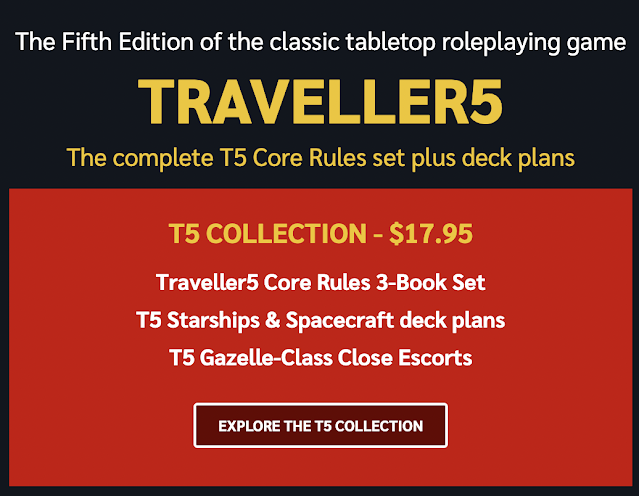 Traveller was the first science fiction RPG I picked up back in my early days of gaming. I had the Starter Set, which was the original three LBBs laid out as a full-sized booklet in a box. It may have included dice, but as they were six-sided, I no longer remember, as I had plenty of those.

I never really gravitated to Mongoose Traveller when it was released, but I did get in on some version of Traveller which came on a disc and named a planet after me, with a laminated card or such. I think THAT version became Traveller 5. I could be wrong. I am far from a Traveller expert ;)

Traveller! This Traveller5 Quick Deal, featuring the Fifth Edition of the venerable Traveller tabletop science fiction roleplaying game, will be here and gone at lightspeed, so start your travels now!