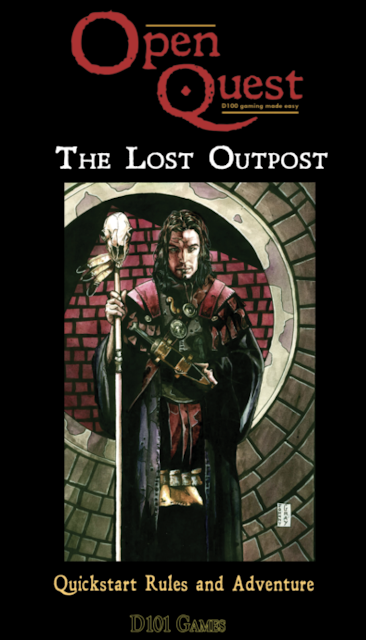 I'm a huge fan of OpenQuest. Were I to run my classic boxed sets of Pavis & Big Rubble again, I'd use OpenQuest for the ruleset. It's, IMHO, the best presentation of the RQ/BRPG d100 system that I've encountered.

The Lost Outpost, The OpenQuest Quick-Start Rules, and Adventure is a free taste of the new edition of the OpenQuest rules. 75 pages, hyperlinked and ready to roll ;)

This pdf is designed to get players and Referees up and playing OpenQuest, with the minimum of preparation.

It contains the following sections.