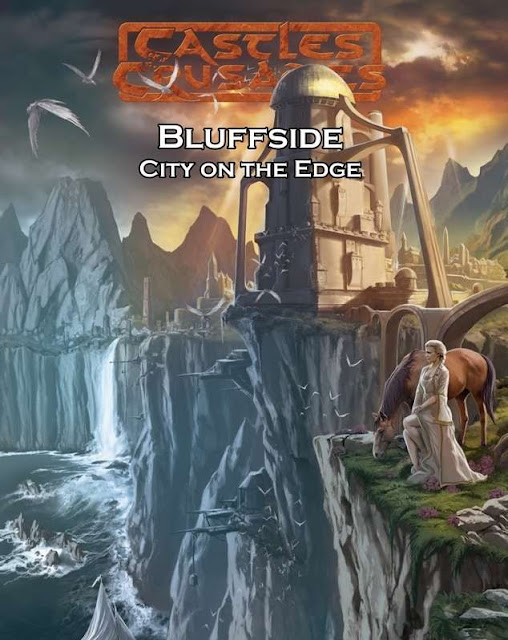 Castles & Crusades was the system that marked my full-on return to tabletop RPGs. Sure, Warhammer 40k's Dark Heresy introduced me to the Fantasy Grounds VTT, but Castles & Crusades had me playing on a weekly basis. I'm very thankful that Rach was extremely understanding as we courted ;)

Heck, I bought copies of the first printing of the Castles &Crusades Player's Handbook for the members of my old high school & college gaming group, as it reminded me very much of AD&D 1e (and the copies were dirt cheap on Buy.com at the time). Good times.

Where I see Swords & Wizardry as the Rosetta Stone among OSR systems, allowing one to convert between OSR systems fairly seamlessly, I see Castles & Crusades filling a similar role between the OSR and 3.x Dungeons & Dragons. As such, C&C holds a special place in my gaming collection.

The Castles & Crusades City & Town Megapack Bundle offers what it says on the tin - 70 bucks worth of OSR ready cities and towns for your fantasy campaign for just 9.99 in PDF. I'd be all over this IF I didn't already own three out of four in print already. ;) This bundle is far cheaper than any one of these titles would be on their own. (Deal is good until the end of the day, Monday 4/19/21)

You get the following titles for your 9.99: