I Missed a Far West Kickstarter Fiasco Update in February 2021! 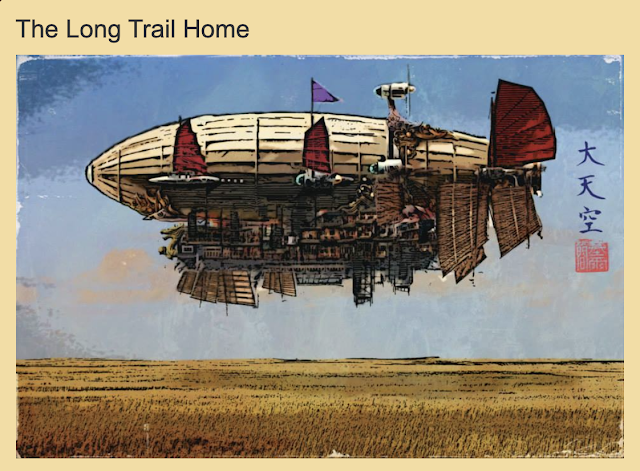 Holy fucken shitballs! I had nearly given up on updates on the Far West Kickstarter. Of course, the Kickstarter itself hasn't seen an update since July 15th, 2019. That's sneaking up on two years. At this point, Gareth has CLEARLY qualified himself for a VP position over at Kickstarter with his amazing history of responsibility, timeliness, and truthfulness. I'm sure if he reached out to Luke Crane he could get a few pointers.

So, what actually does Gareth say in the update buried on his Far West website? (note, my commentary is in Orange - Tenkar)

Ten years. A decade. The original FAR WEST Kickstarter was in 2011. Ten years is a long goddamn time to ask people to wait, I know. (I don't recall being asked, but whatever)

It’s been the hardest decade of my life (its been a hell of a decade for possibly everyone). Professional (challenges like keeping your pen names straight) and personal challenges, like I’d never experienced before. Physical and mental heath crises requiring damn near all of my focus and attention (well, and Twitter. Twitter has consumed nearly ALL of your focus for the last 10 years). The work on FAR WEST definitely suffered   (I doubt much work on Far West actually happened over the past 10 years) You know it. I know it.

Honestly, I’m all out of apologies. (Apologies need to be meant to have value. I have heard no apologies of value)

2021 is the year where FAR WEST finally gets released. (where have I heard THIS before?) I have not abandoned the project (I have not yet begun to fight! wait, wrong quote). I am finishing it up (where have I heard THAT before) (currently adding some things, suggested by my editors, to various parts of the manuscript, mostly in the final chapter (the Narrator’s chapter). My business partner, Eric Trautmann, has begun layout of the completed chapters. Things are proceeding (if by proceeding, you mean nothing of value has been happening, then yes, things are proceeding). PDFs will go out first to the long-suffering Kickstarter backers, and then will be released commercially, followed by the printed book (again, to backers first, and then wide). (there is NO WAY printed books are happening, not unless the PDF sales are huge. The money is long gone. Gareth has said so)

We will release this year– delays, disasters, pandemics or societal collapse be damned. (somehow, I doubt this statement. No. Really. Is that bad of me, to NOT take Gareth, the icon of honesty, truthfulness, and honor in the gaming industry at his word?)

Home is on the horizon (What, we're not in Kansas anymore?). We’re racing the sunset, but we’re gonna get there.

I think I threw up a little bit in my mouth.

Then we had some comments, and Gareth replied:

Will you commit to releasing the pdf to backers, in whatever state of completion it may happen to be, before the end of 2021?

Yes, without hesitation. (even if that state is Nothing Completed)

And the long suffering Pre-Orderers who didn’t have the benefit of all the secret “backer only” communications and releases, I hope! (wait! There were Pre-Orders on top of the Kickstarter backers? How much money did Gareth take in on this shell game?)

That’s one of the reasons why I’ve moved all updates to this site and our social media accounts. (the main reason was inability to remove negative comments from the Kickstarter page)

Would those be the social media accounts you blocked people on when they asked once every 4 years for an update? (see? EVERYONE knows the reason)

Nobody has ever been blocked for asking for updates. Several people have been blocked for being rude jerks. (me love you long time. Feel free to attempt to "punch Tenkar in the throat" big man)