About the Appendix N Library 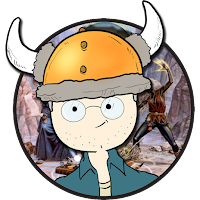 I made it back from my business trip to Ft Bragg/Fayetteville NC and even though my luggage space was tight I managed to make space for a couple books I picked up from a used book store. Both of them were compilations of Fafhrd and the Grey Mouser stories by Fritz Leiber. I only had one Leiber book so far and these two basically filled out the rest of the stories I didn't already have.

Last year I started building up an Appendix N library in earnest. I hit up the used book stores on the regular and have a list of the books I'm looking for. Last year I was "stuck" in the Jacksonville FL area for a month and I found a couple treasure troves of bookstores.

I probably should go back a bit and explain what Appendix N is for those that are coming from another headspace. In the back of the 1st Edition AD&D Dungeon Master's Guide, listed as "Appendix N" Gary Gygax compiled a list of authors and wrote "All of the above authors, as well as many not listed, certainly helped to shape the form of the game. For this reason, and for the hours of reading enjoyment, I heartily recommend the works of these fine authors to you."

So basically the main man himself says that these authors were not only inspirational for AD&D (and clearly all subsequent RPGs) but just good reading. Some of the works by the listed authors can easily be pointed to as inspiration for specific elements of AD&D. I'd list them, but why? You should figure that out yourself.....and while you're at it take some inspiration for making your own tweaks to your game (or not).

So we have a 40 year-old recommended reading list.....have you ever tried to go to the library to pick up an old, non-mainstream book? Not as easy to do as you would think, unless you happen to be part of a HUGE library network (like Tenkar has in NYC). Sure, inter-library loans will help some, but you've got to wait in line with all the other nerds trying to do the same thing.

Actually a LOT of the "official" Appendix N authors had their works published as dime-store paperbacks. Hardcovers aren't always available....they may never have been made, or were made in much smaller numbers. Sometimes you'll luck out and find a compilation or omnibus version with a few books under one cover, but I've found that out more with my own personal Appendix N list.

This is the thing as well.....you really should have your own Appendix N list. The official one in the back of the DMG is a good start, but there has been a lot written in the last 40 years. You might want to add or remove genres, etc. I'll add my personal list at the end of this post, after a couple bits of advice.

Lets say you have your beginning Appendix N list, now where to start? 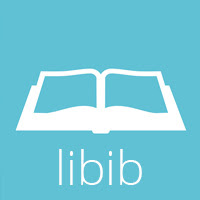 I'm going to suggest working a bit backwards and even before picking up your 1st book, well your next deliberate Appendix N purchase (undoubtedly you already have at least one book...right?) figure out how you're going to track your library. I dislike buying a second copy of a book that I don't need because I wasn't tracking...... I personally use Libib, which is free. Google documents/sheets can work just fine, but even a simple hand-written list will suffice, as long as you always have it on you. I'm to the point now where I have most of the books I've been looking for, so I often have just a couple here and there from specific series, or hardcovers I want to replace my paperbacks. In Libib I just have a specific library called "Wanted Books" that lists what I'm needing.

As far as actually getting the books you want for your library.......well, you'll inevitably need to put in some leg work. Used bookstores are my personal go-to. The larger chains are hit and miss, but they have multiple locations and are usually the leading places where people go to sell books in the first place. I do like Half Price Books and when I'm in OKC or Dallas I hit up a few. I have had a couple good finds, but I think the days of walking into an entire library of cheap gaming books is long-gone. Still, there is a gem here & there. The smaller used bookstores, the genuine small business type places (regardless of physical size) have been really good to me. They've been the best place for me to find the old trade paperbacks. Lastly, and I've only done this a couple times to close out series for my library, you have the online retailers like AbeBooks. These retailers are worth checking into after you've been hitting the bookstores a bit and you get a feel for what certain books cost. Just yesterday I bought a book to finish out a series because I could do the mental math and realized I'm just paying an extra $2 for shipping over me buying it in person. Since it could be months or years before I saw that book in the wild......a $2 "premium" is totally worth it.

This weekend I'm relaxing from my trip and organizing my Appendix N library (see where I got the inspiration from?) I've bagged up some of my trade paperbacks to help protect them and generally figured out which books I still need to close out certain series. Now I enjoy the hunt for adding to my library almost as much as I hate buying unneeded dupes. I'm hoping that at least one Tavern reader is motivated to start/formalize their own Appendix N library and maybe....maybe have a bit better luck than I have (not that I'm complaining....)

I could be missing some authors, but I've deliberately avoided authors of actual RPG material or TSR books, well at least the ones I know of.

Email ThisBlogThis!Share to TwitterShare to FacebookShare to Pinterest
Labels: appendix n, not Erik