Frank Mentzer Removed as a Guest of Honor from Gary Con 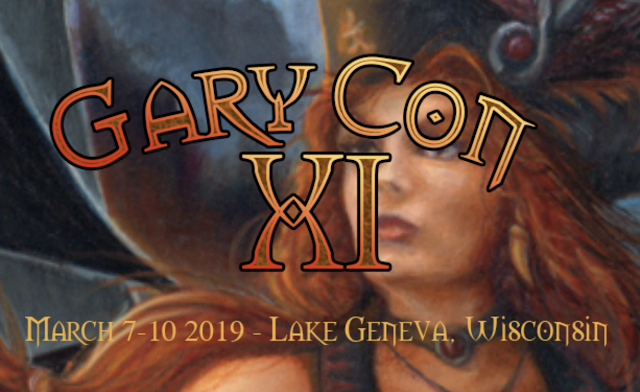 Sometimes it seems like we are in a time of un-personing the main influencers in the OSR. The removal of Zak S from the community over the last week was huge. I'm guessing Contessa is feeling its oats because now Gary Con has removed Frank Mentzer as a Guest of Honor from Gary Con.

Heres the announcement (you can read in full here:  https://garycon.com/blog/2019/02/18/harbinger-unheeded/)

Note that I am highlighting certain text that I will be commenting on below.

After much deliberation, I made the decision to remove Frank Mentzer as a Guest of Honor from Gary Con. His past misconduct and threatening behavior violate the ethics and harassment policies established by Gary Con. This was a difficult decision for me because Frank was a long-time friend and employee of my Dad, he has been to every Gary Con and had the honorarium of Old Guard attached to his name. He made significant contributions to the gaming industry in the 1980s with Basic D&D and the RPGA. However, Frank’s harassing behavior, threatening communications, tone-deaf and unapologetic responses are unacceptable to say the least and not the kind of behavior that represents what Gary Con is about. This form of toxic aggression is detrimental to the safe space we as a gaming community strive for.

I want to make something crystal clear, Gary Con is about celebrating the love of gaming, making friends, having fun and sharing camaraderie. All while we honor the memory of my father, one of the most important figures in RPG history. In order for Gary Con to continue to be the premiere gaming convention that it is, we must ensure that everyone feels welcome, safe, and believes that they are a valued member of our community regardless of their gender, race, religion, sexual orientation, or what edition that they play. I want everyone to understand that if someone acts inappropriately, the staff will take action swiftly to correct it.  It is my reasoned judgment that having Frank as a Guest of Honor was counter to these principles.  That is the bottom line.

Wow. So, nothing new. Its the same drama that was attached to Frank at last year's Gary Con and he didn't get uninvited. It is also especially harsh wording. After Frank was removed as a Guest of Honor from Gamehole in fall of 2017 he was left, primarily, with two of the three Old School Cons a year. This past fall, citing health issues, Frank was limiting his convention appearances to one on a year - Gary Con. It's looking like Frank is done on the convention circuit. 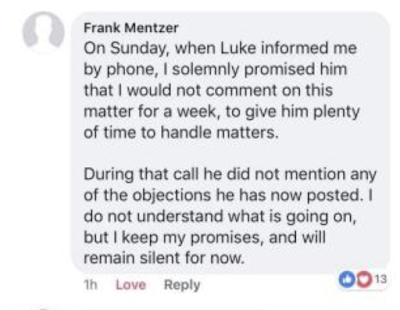