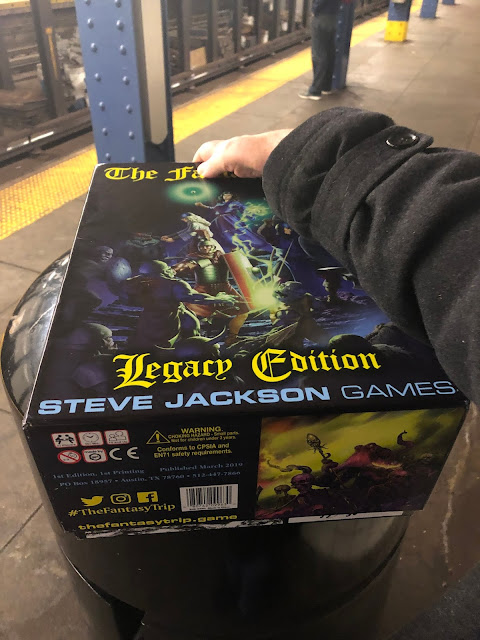 Yesterday I met Phil Reed and his assistant Amy (well, way over-qualified to be called an "assistant") for lunch in Manhattan. Lunch was great but what I left with was damn near priceless. One of three copies of The Fantasy Trip Legacy Edition to make it to the states. Kickstarter backers should expect to see theirs in late March or early April. 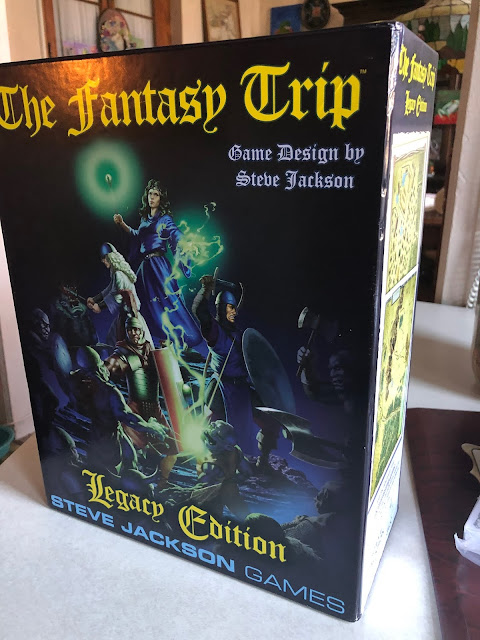 I plan on bringing this with me to TotalCon. I suspect if you drop by the Frog God booth you may catch a peek of it at some point. 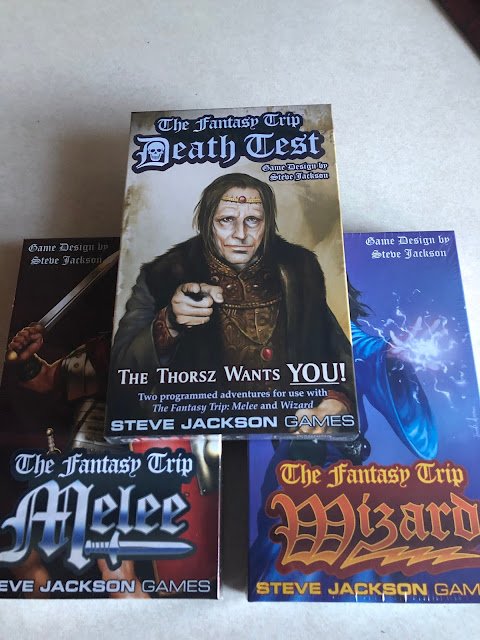 The box is huge. Even the inside of the lid cover has a use (there are instructions on using it to drop dice on various drawings of the hex tiles to make an instant dungeon.) When Phil told me it weighed 8 pounds, he was NOT kidding. 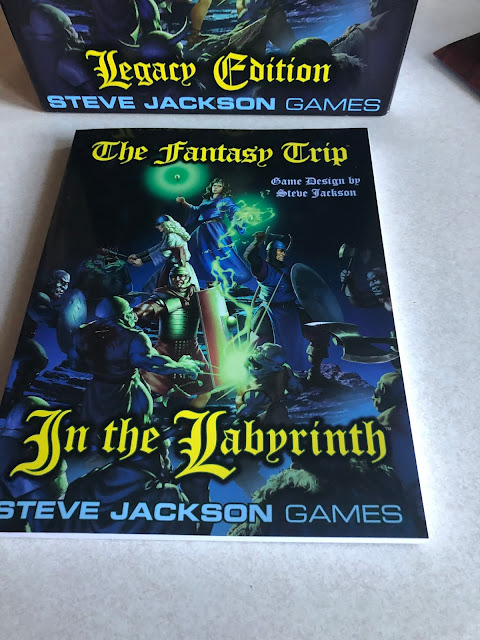 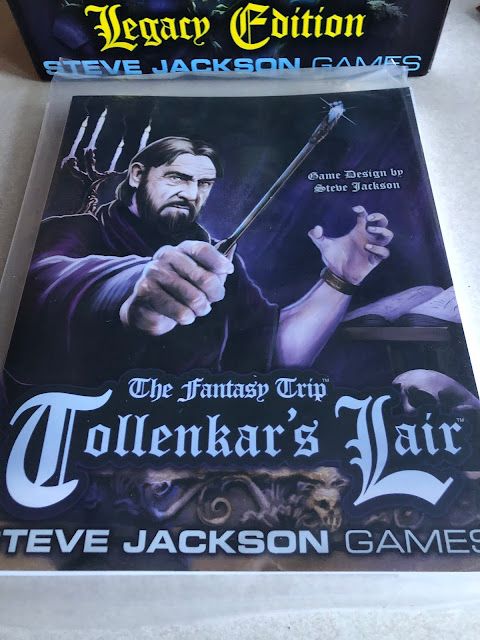 I need to unfold the map later and take a pic of it in all of its glory. 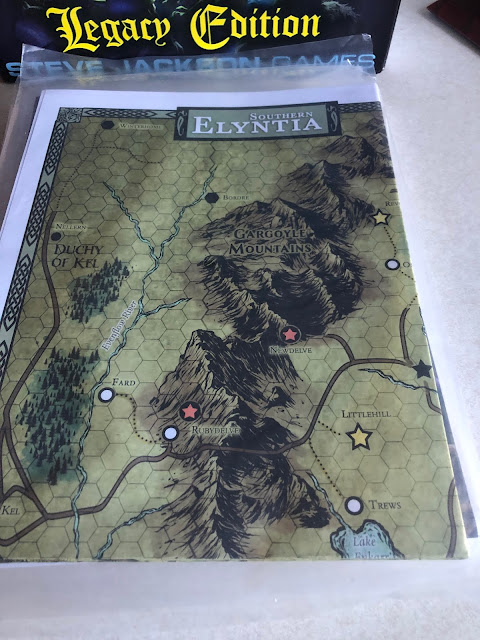 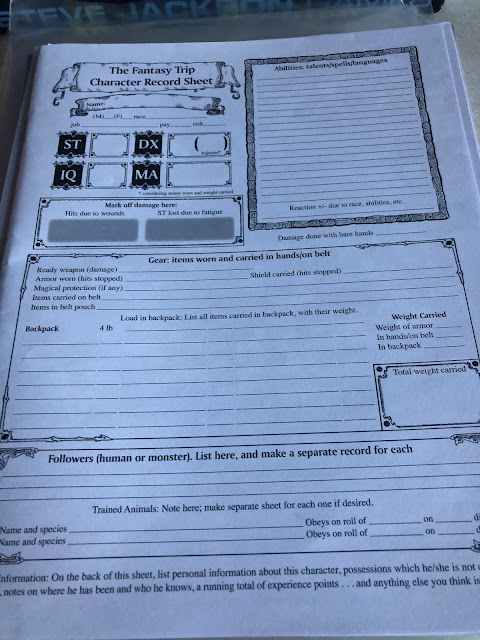 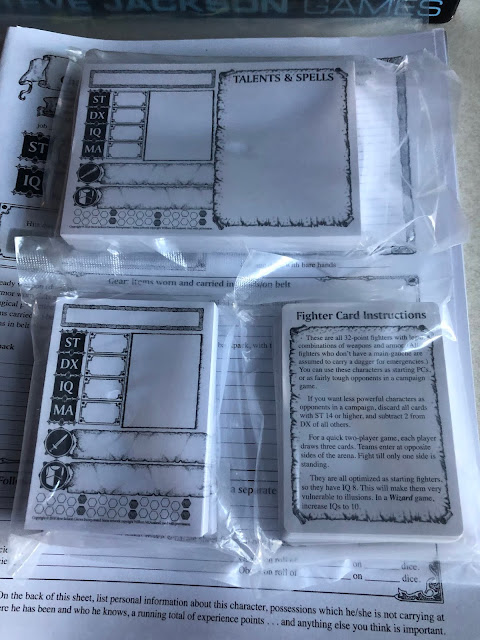 Dice and a handy folder. 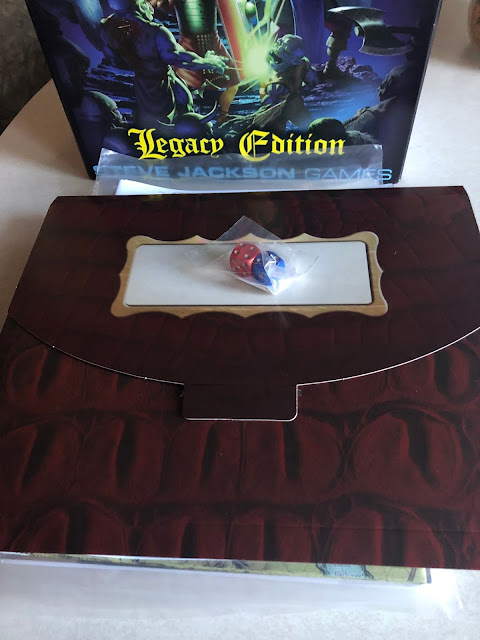 GM's screen on its side. Grrr. 4 panels and solid. 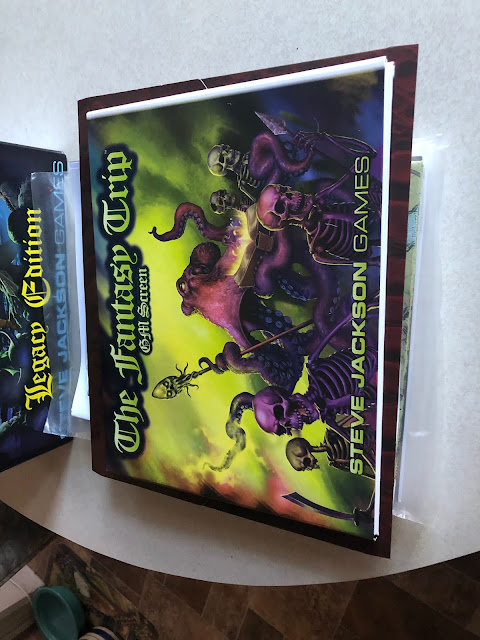 Hexes for maps - and a dragon too! 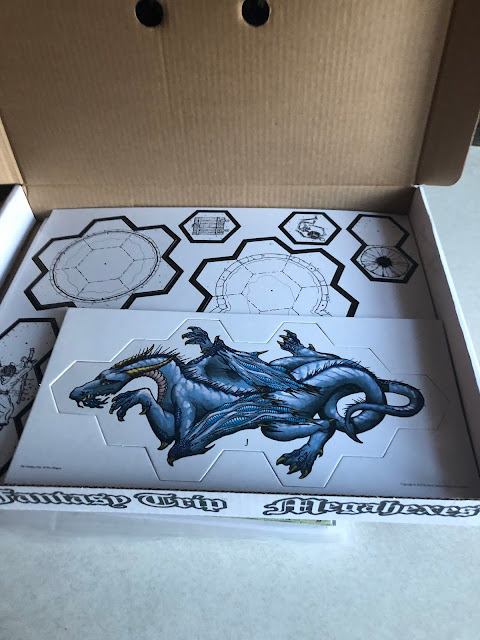 Who the hell reads the Read This First first thing? Heh. I had to squeeze other goodies in my may and the sheet got a bit squashed ;) 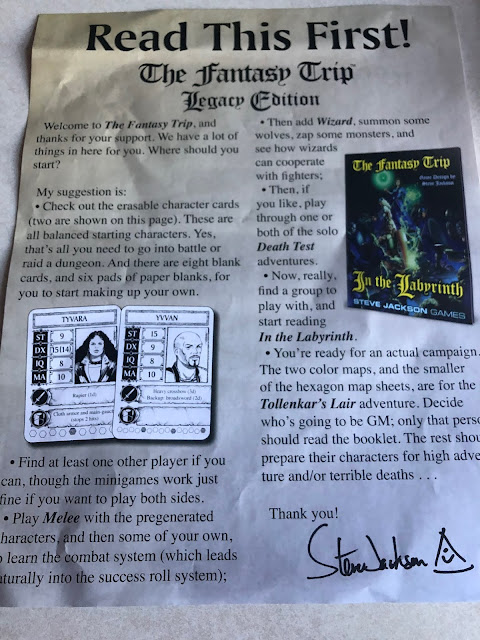 The following doesn't exist either. Well, just a handful, as its a proof copy of Phil's zine. Half the pages of the final zine, as folks made it bigger and better ;) 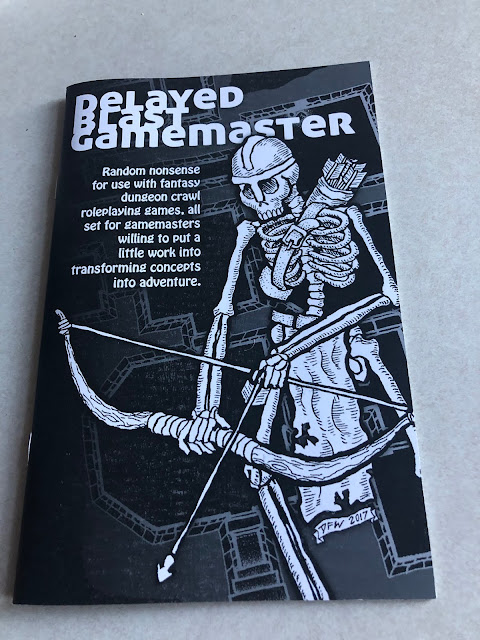 Email ThisBlogThis!Share to TwitterShare to FacebookShare to Pinterest
Labels: the fantasy trip