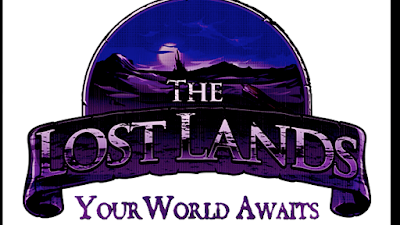 My God. This is the setting book Frog God fans have been waiting forever for. Well, maybe not forever, but it certainly has been a long time. We've received the setting in bit and pieces prior to the World of the Lost Lands Kickstarter.

So, what do you get?


Over 42 years in the making, this is the definitive guide to the world of the Lost Lands!
This massive volume includes the history of the Lost Lands, a wealth of detailed maps, cultural information about its nations and peoples, and a huge gazetteer containing descriptions of the world's countries, cities, waterways and geography. For the first time, readers can explore the length and breadth of the great continent of Akados, including regions never before described, and far Libynos, home of the Desert Kingdoms and many ancient cultures alien to the folk of Akados.

The book weighs in at approximately 700 pages in full color, with maps by award-winning cartographers and beautiful, original artwork to place you directly into the world itself in all its glory and terror.

Entirely system-neutral, the guide can be used with any game system you choose.
The Lost Lands are the setting for a tremendous array of over 150 individual adventures and sourcebooks already published by Frog God Games and Necromancer Games, many providing statistics in multiple game systems. All of this material is available to provide an almost inexhaustible resource of ready-made adventures and epic quests! Future Frog God Games products set in the Lost Lands will be built into the ever-growing canon finally revealed in this volume.

Yes, you can use it with The Fantasy Trip (a popular choice in the comments section of the Kickstarter.)

Now, at $75k there is a REALLY interesting stretch goal:


The Lost Lands are opening up! At $75,000, Frog God Games will set up a license agreement that, at no charge, allows third-party publishers to commercially publish adventures, supplements, fiction and other written material set in the Lost Lands. Frog God Games material older than 18 months is available to expand upon and use as a springboard for your stories and adventures. Rights to third party-created content are retained by the creator and can be sold through any gaming or fiction marketplace determined by the creator. Simple guidelines apply (no indecent material, no harassment or encouragement of harassment of actual persons, no *-cist or *-phobic, no real world intrusions into fantasy games, etc.). Want to create new levels in Rappan Athuk? Go right ahead. Wish to reunite the Sundered Kingdoms? Great. Desire to expand upon otherwise unexplored locations? By all means! Want to go into the past and explore ancient times? Go forth and conquer! 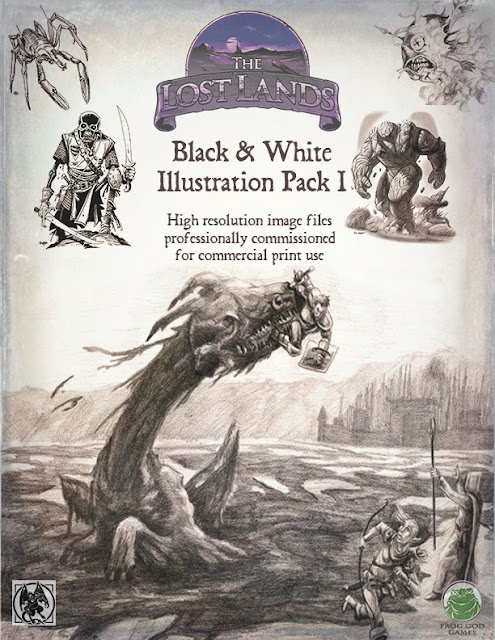 Example of the thousands of illustrations and maps that will be available for 3rd party publishers or really awesome Game Masters.

What is more, Frog God Games is currently developing a community hub that will contain resources like reference materials, a published adventure directory and access to almost 2,000 illustrations that have appeared in Frog God Games and Necromancer Games products, all for use by creators. The Hub will be free to backers for at least 3 months and will have a very minimal fee thereafter (only to pay for maintenance and compensate the coordinator behind everything).

Other details will be forthcoming in updates and other channels as they are developed.

Dare I say "Holy Shit!" This is literally more than I could ever have hoped for (and I pitched an idea to open up an unused corner of the Lost Lands nearly two years ago but as always, my shots were placing low on the target ;)

Note - there is no POD option for overseas customers so PDF might be your friend. 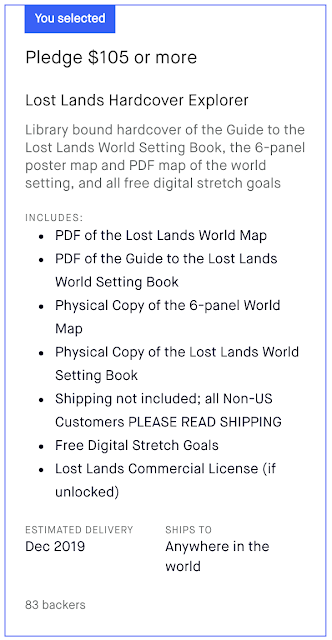 For PDF only I'd probably recommend the following: 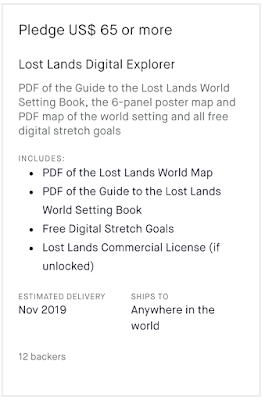 I'm stoked. Really. I might help the Frogs out at conventions but The World of the Lost Lands setting book is something I've been hoping to see for years. Opening the world to third-party publishers? Simply icing on the cake.
Posted by Tenkar at 11:07 PM