Last night in Tavern Chat, one of the topics that came up was the Gygax Games / Fig announcement. As we were discussing, I received a PM with the following screenshot: 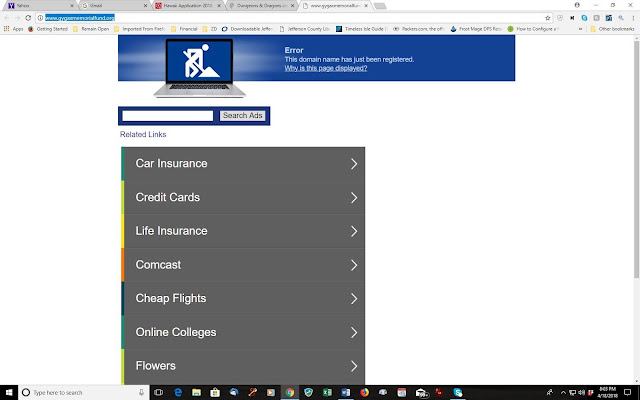 Talk about horrible timing. Not only is there no Gygax Games website to go along with the announcement that Gygax Games was to license IP for video games BUT the Gygax Memorial Fund website was down (still is as I type this)

So, why the apparently rushed announcement that Gygax Games was apparently NOT ready for? And yes, they weren't ready, as you can see from the Facebook commentary of one of the Gygax Games team members:

The announcement benefitted Fig but does little for Gygax Games. Fig needs "eyes on". It needs traffic. It needs incoming links. Sure, it's funded some huge IPs for millions of dollars, but these were well-known IPs / developers with huge followings. Compared to Kickstarter and Indiegogo, Fig is barely a fig leaf.

Here are some Alexa traffic rankings for Kickstarter, Indiegogo, and Fig:

See the traffic rankings? I'll throw ENWorld in for comparison.

Just as important, if not more, look at the "sites linking in". Nearly 40k for Kickstarter. Over 18k for Indiegogo. 75 for Fig. They aren't in the same ballpark.

So, yesterday's announcement was potentially huge for Fig. It got them press. It got them traffic. For Gygax Games, with no website, it means very little. No traffic from yesterday's announcement. Just an opportunity to piss off the established fanbase of Gary's work (why Alex couldn't you have avoided trashing TTRPGs?) Gamers have a short attention span when it comes to news in the industry, but insults tend to linger.

My advice, unsolicited as it is, is for Alex to start priming the "social media pump". For this endeavor to have any chance to succeed Gygax Games needs to have a presence on Facebook, in gaming forums (both tabletop and electronic), news articles, blogs, and Alex needs to be that face. He's personable enough in person. He can't be like Gail, a recluse, as that WILL NOT build up the fan base that will be needed for success.

Gygax Games needs a website like yesterday. Professionally done. Pleasing to the eye. It needs to be updated frequently with news related to this project. It needs to funnel Alex's excitement.

Anyhow, for comparison, below is The Tavern's Alexa statistics. We're no ENWorld ;)

Talking about ENWorld, the commentary on the relevant thread over there is worth the read.
Posted by Tenkar at 9:43 AM