Note, this was originally shared at The Bat in the Attic blog and the City State of the Invincible Kickstarter by +Rob Conley . Shared with permission - Tenkar 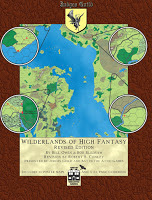 In November I promised to revisit the issue of the Wilderlands maps if nothing has been released by March for the Judges Guild's City State of the Invincible Overlord Kickstarter. I was able to work out a publishing agreement with Robert Blesdaw II to release the 18 maps I drew for the kickstarter project. In addition, I am permitted to publish a series of revised guidebooks to accompany the maps.

Each guidebook will be around 20 to 32 pages and will contain the original listings edited for known errata and corrections. To avoid the issues of cost that accompanied other releases of Wilderlands of High Fantasy, I am following the pattern of the original releases. 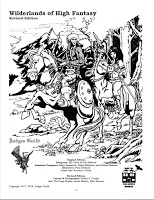 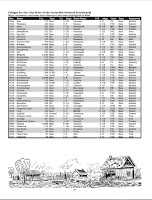 The PDFs will be free to all Kickstarter backers. The printed cost to backers for all 18 maps will be slightly less than $20. The printed cost of the guidebooks for backers should be around $3 to $4 depending on which print format works out the best. I am tacking on a one dollar charge so it will count as a sale on both OBS sites, RPGNow and DrivethruRPG. There will be shipping charges from One Bookshelf.

I am doing this because as a Judges Guild licensee, the problems of this Kickstarter affect my sales of the Majestic Wilderlands along with other projects using the Judges Guild IP. The above is what I can do to help with the resources I possess. Robert Bledsaw II is aware of what is going on and has worked with me to come up with a solution to get a portion of the product you paid for into your hands.

I will have the package of the first five maps and guidebook released by mid-April as the Wilderlands of High Fantasy. I am trying to have remaining maps and guidebooks done by the end of May so I can release them for North Texas RPG Con, a convention focused on older edition gaming. But it may not be until June until I get Fantastic Reaches out. The PDFs will be done first and I will release preliminary copies as soon as I am able. Rob Conley 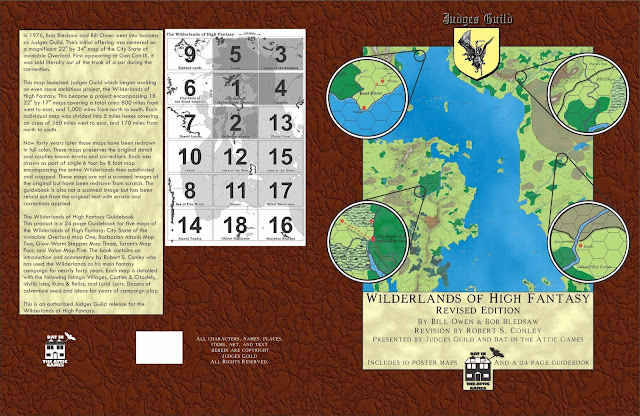