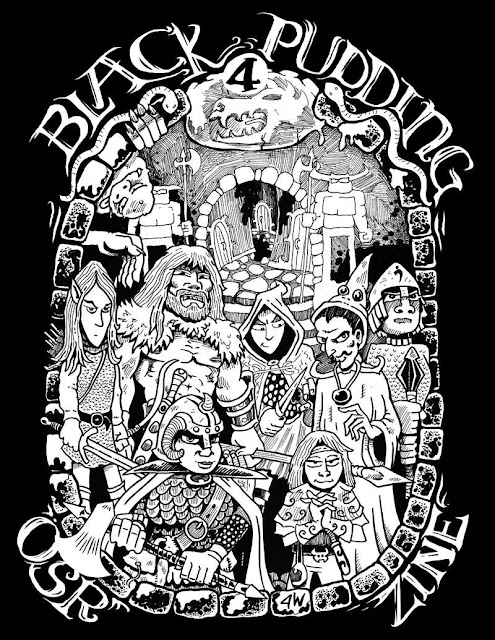 You'll see when you read it.


In this issue you get new classes, a double helping of Meatshields, and a 15 page OSR play book, complete with the basic classes, rules, and Black Pudding flavor to enhance or replace your current play book. For use with dice of funny sides. Inspired by games such as Labyrinth Lord, The Black Hack, and Swords & Wizardry White Box.

The playbook is awesome, with lots of little bits I'm considering stealing for my own SWCL games.

Did I mention it just released this morning?

The price is right at PWYW, so peek and throw a few coppers later if that's how you roll, but certainly peek. Black Pudding #4 is oozing with OSR goodness (see what I did there? ;)

Yep, that's an affiliate link above. Help keep the lights on and the taps flowing at The Tavern with your patronage.