+MonkeyBlood Design (Glynn Seal) has a new Kickstarter to follow his amazing Midderlands setting - its The Midderlands Expanded - An OSR Setting Expansion. I'm not going to wax poetically on how awesome The Midderlands is from physical presentation to the content and the art. Instead, I'll quote +Matt Finch :


“[The Midderlands] as a small area campaign supplement is the best I’ve ever seen, displacing Dave Arneson’s Blackmoor First Fantasy Campaign area, which up until now -- and that’s decades -- has been my favorite one.” - Matt Finch (Creator of Swords & Wizardry).

But if you have The Midderlands, what does the Expansion add?


Firstly, and most-importantly - This is not a revised version, this is EVEN MORE content and game-juice.

The Midderlands setting gets bigger, expanding out into Havenland (the country that The Midderlands is set in) and its bordering lands, in a dark, twisted, and viridian version of the British Isles.

If you want to know a bit more about the original 'The Midderlands' setting book, then check out the original Kickstarter for more information, or watch my interview with the creator of Swords & Wizardry, Matt Finch.

What is going to be in the new 'The Midderlands Expanded' book?

Some of these names should be very familiar to old School Gamers.

Yeah, I'm in and happily so. 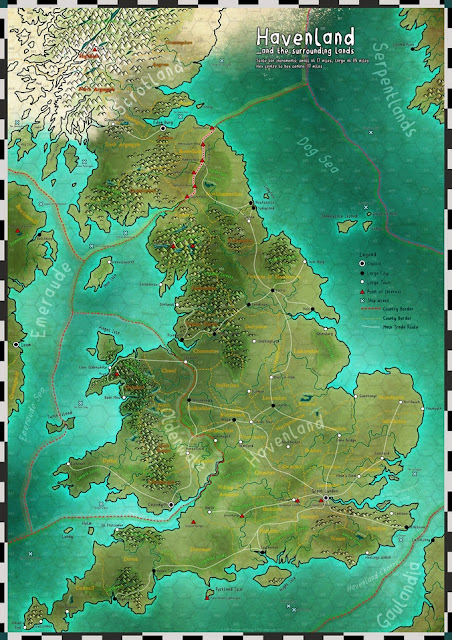