We Are at GameHole - Time to Sign and Number 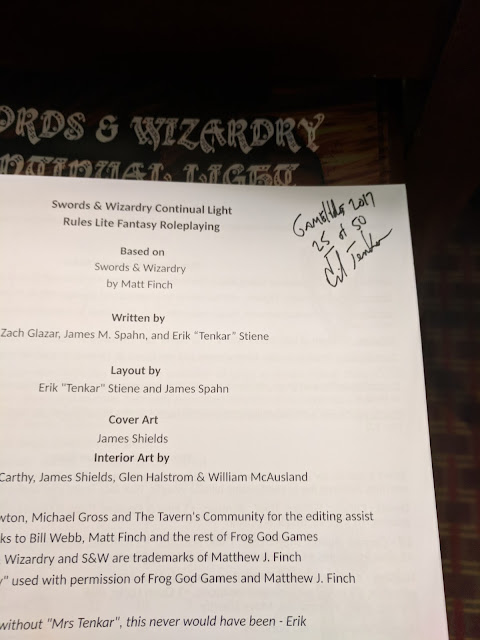 Well, at least I don't plan on returning with any copies. 50 signed and number copies of Swords & Wizardry Continual Light will be on sale at the Frog God Games booth during the con. As you can see, I've signed and number half thus far.

Rach told me I can only buy as much stuff as the space the original 50 copies took in my luggage ;) 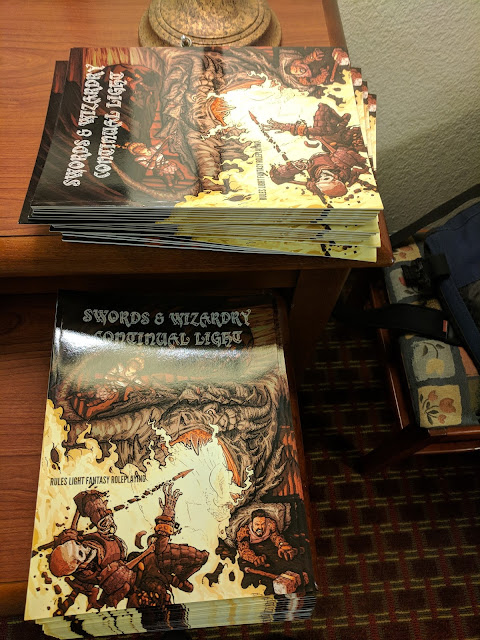