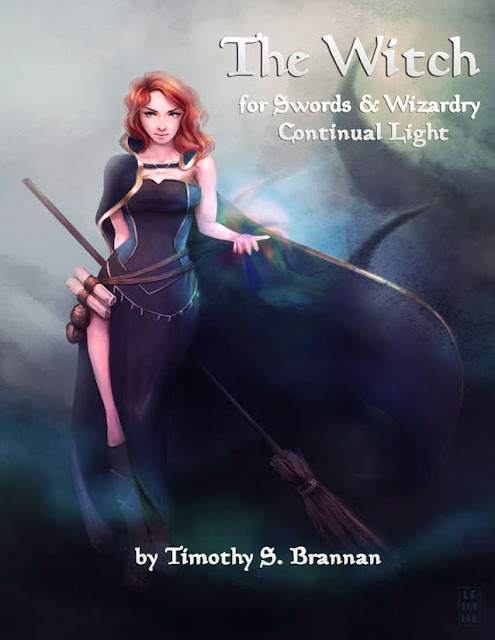 Heck, it just released at its already sitting at #3 on the Hottest Small Press releases at RPGNow. You can snag a copy of The Witch for Swords & Wizardry Complete for 1.49 in PDF.

This is a spellcaster that blends both divine and arcane practices. Whether she is the helpful local healing woman or the evil wicked hag of legends is up to the player.

Designed to be used with the Swords & Wizardry Continual Light game.

Yep, those are affiliate links above. Affiliate links keep the lights burning at the taps running here at The Tavern.
Posted by Tenkar at 10:53 AM