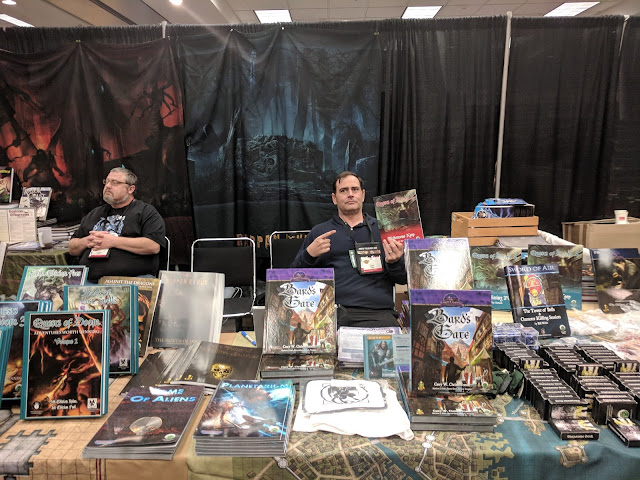 Notice the hanging art behind them? Its for sale at the booth. As is the Bards Gate Map and the level of Rappan Athuk shown on the table.

It was a good day. Met a shit ton of great folks, some I've known prior and others I met for the first time. I really can't express how much your support means to me.

Feel good moment of the con. Meeting a woman in her 50s who had never played an RPG until given a copy of the Swords & Wizardry Light last GameHole Con. She was apparently challenged to give the 4 pages a quick read and return to the FGG booth with her impressions. She returned to the booth a short time later and said "I understand this and I want to play it" and she did.

This is why Swords & Wizardry Light IS. It works ;)