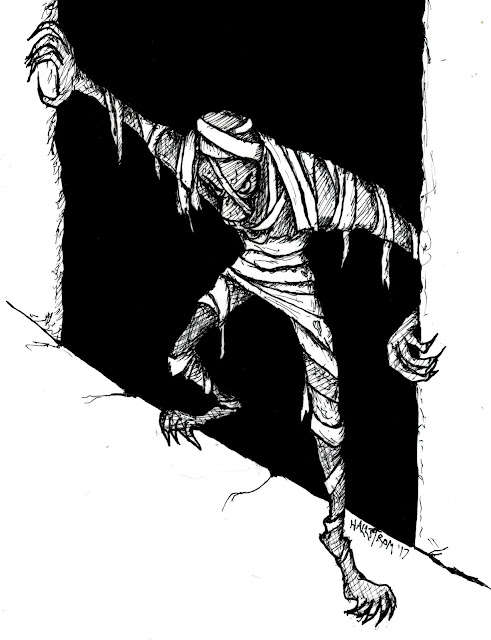 So, +Glen Hallstrom and myself are working on an undead sourcebook for Swords & Wizardry Continual Light. We are calling it Wards & Necromancers. You are probably looking at a baker's dozen of undead, some familiar and some far from it, two classes - a fully fleshed out Necromancer class and we will introduce a Death Knight class, new spells, new magic items and whatever else comes to mind. All should be compatible with other versions of Swords & Wizardry (except the classes will only cover 7 levels)

Well, Glen has been burning the midnight oil recently and the art he's submitted thus far is inspirational.

Upon my return from Gamehole early next week, I'll be putting the finishing touches on the September Patron PDFs, working on the Tavern Adventure and letting Glen's artwork inspire my undead muse. Because what good is a dead muse anyway? ;) 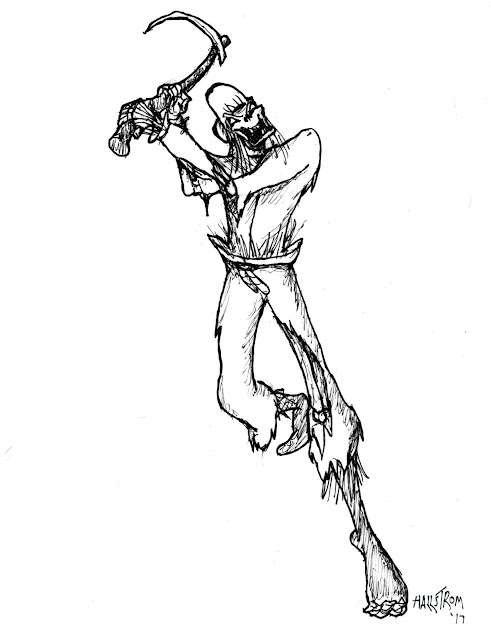 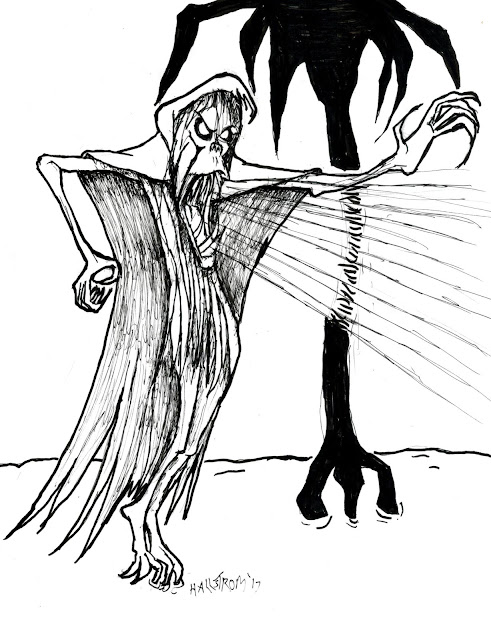