Swords & Wizardry Continual Light PDF has Been Updated at OneBookShelf 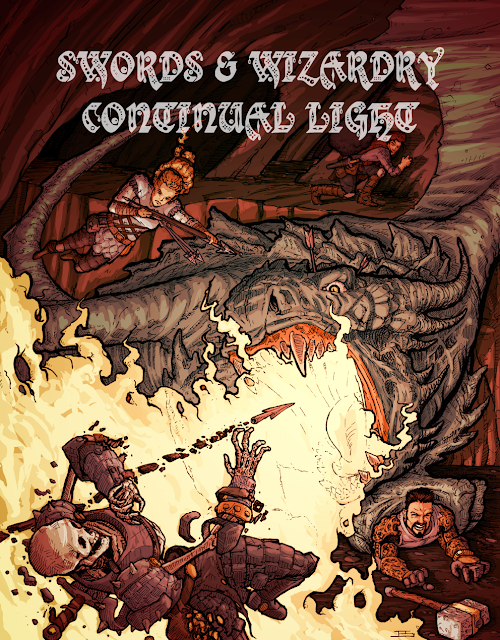 The Swords & Wizardry Continual Light PDF has been updated to correct typos, update some art, add missing text and other small changes. If you've already downloaded a copy, the new file should be up on RPGNow / DriveThruRPG right now. (edit - the file shows its updated but you can't DL the update - I've emailed tech services at OBS)

Yes, this does mean we are a step closer to going Print on Demand at RPGNow / DriveThruRPG.

Additionally, we will be pricing the SWCL PDF at its suggested price of $2.50 starting next week, so the PWYW pricing will be going away shortly. If you've been on the fence about snagging a copy of the PDF or its been sitting in your wishlist, now is the time to snag a copy.

Nearly three and a half weeks later, Swords & Wizardry Continual Light is sitting in the 2nd spot of the Hottest Small Press at RPGNow and that's because of readers like you. I can't thank you enough.

We have lots in store for Swords & Wizardry Continual Light and we are thrilled to have you along for the ride.
Posted by Tenkar at 11:43 PM