Podcast - Hobbs & Friends of the OSR 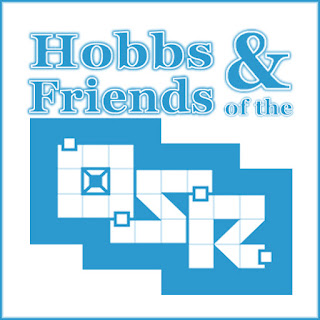 I had emergency uncle duties today (sick niece home from school) so I was finally able to catch up on some podcast listening. On the ride home I listened to the first episode of Hobbs & Friends of the OSR, and I must say - I was impressed.

It was a nice, relaxed conversation between Jason Hobbs +Jason Hobbs and +Eric Hoffman  and it felt like I was sitting at the local watering hole with them.

Much of the episode was spent talking about USR 2.0 (Unbelievably Simple Roleplaying), a game I've followed from a distance. Its intrigued me enough to decide to give it a look. Heck, its PWYW, so why not? ;)

Its also made me curious about The Treasure Vaults of Zadabad (S&W version - there is a DCC RPG version too) An island sandbox and more.

Hey, even I got a mention along with SWL, but more in the context of a recent discussion over whether or not less rules / text / etc is viable as well as useful. I think much of the viability depends on the goals of the product in question, but that's a whole 'nother discssion.

In any case, enjoyable episode. Now I need to catch up :)
Posted by Tenkar at 9:46 PM

Email ThisBlogThis!Share to TwitterShare to FacebookShare to Pinterest
Labels: hobbs and friends, podcasts