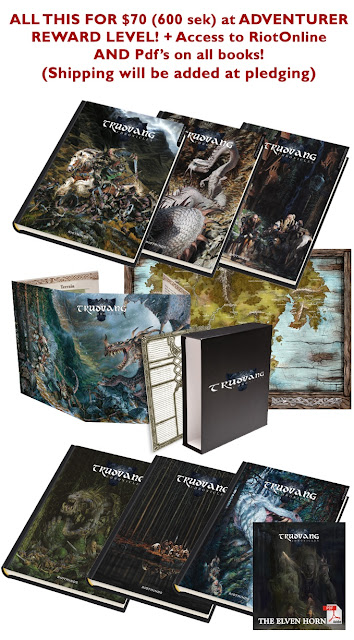 The above graphic for the Trudvang Chronicles is needed, as the $70 support level doesn't really spell out that you are getting the game in print.

Oh, and of course, Pdf should be PDF, but that's nitpicking, right?

Apparently no, it's a "thing."

The below comment from the KS is from just over 2 hours ago:

It's not that the Trudvan Chronicles hasn't exploded: 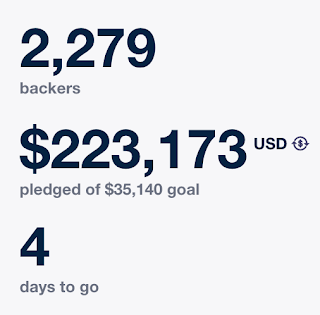 Yes, I used a screenshot because I couldn't believe the numbers. Those are Monte Cook numbers without the accompanying attitude.


Trudvang Chronicles is an award-winning fantasy roleplaying game based on the mysterious and dark Nordic and Celtic sagas and myths. Enter a world of enchanted forests, trolls, dragons, spirits of nature, heroes and adventures. Trudvang is both grim and dark, epic and yet down to earth, with a melancholic tone of an ancient age when nature was a living creature and magic was wild and strong. Above all, Trudvang is a saga...

I'm interested. I'm intrigued. I'm terrified it will be a poorly translated mess.

The Tavern's readership spans the globe. Does anyone have first hand / second hand / long distance hand knowledge of the Trudvang Chronicles? Is it worth the leap of faith? 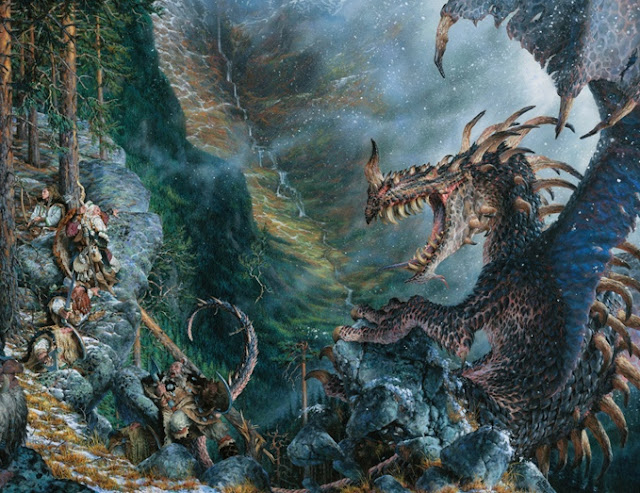 I fall in love with the above art, then I see the below in the video: 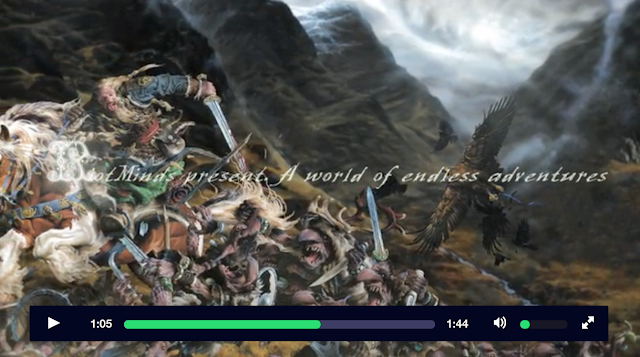