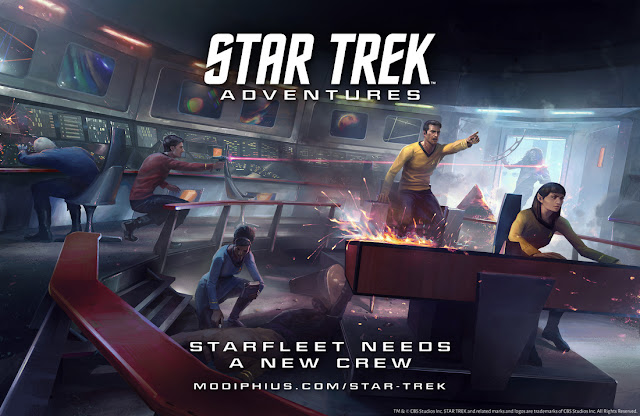 Star Trek WAS my scifi when i was a kid and later as a young adult. Star Wars was something I had to wait years to see, as my parents were on a tight budget, but Star Trek reruns were on the TV all the time.

Modiphius Entertainment has had some very nice releases and I have high hopes for their Conan RPG which I backed on Kickstarter. Strangely enough, Star Trek Adventures WON'T be Kickstarted, but it will be available as a preorder.

What does Star Trek Adventures cover?

Hot damn! There is simply so much material to mine for adventures.

Something else that I think is important to note:


Will there be Living Campaigns once the game comes out?

There will be Star Trek Adventure Living Campaigns running each year with organized play events in stores and special events at major conventions.

Pretty damn cool even if I currently don't participate in organized play. It should mean a good amount of support. Now, if only they can do better than Margaret Weis Publishing when it comes to retaining licenses...
Posted by Tenkar at 4:51 PM