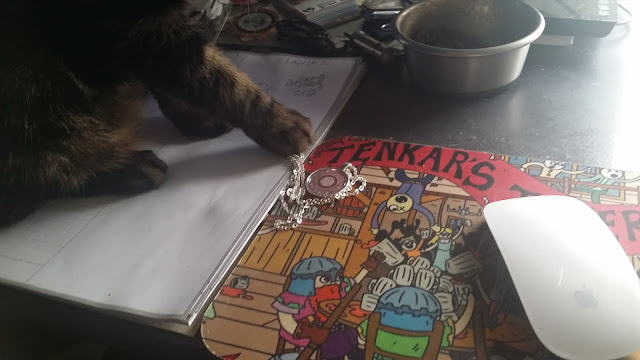 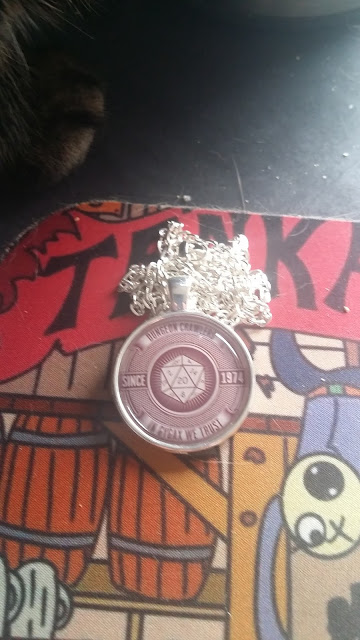 I received my Gygax medallion in the mail earlier this week. In truth, I am underwhelmed by it in person, but Ashley can't keep her paws off of it.

The chain feels like it's Aluminum and the medallion itself has a cheap plastic look. Ah well, if I display it hanging from the wall, no one will get close enough to tell ;)

Ash doesn't wear a collar (house cat and all that) and the few times I've tried to put one on her, she had them off in minutes.

If she did wear one, she'd be identified as one of Gary's familiars by the medallion that would hang from her neck. Alas, it's not to be.