Buckaroo Banzai Series Coming to TV - So Gareth, What About Those Preorders for the RPG from 2011? 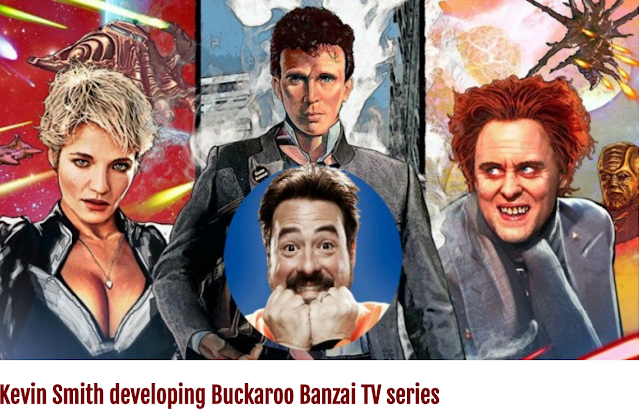 Yep, Buckaroo Banzai is going to be a TV series. Strange, aint that? A pretty shitty movie generating a TV series. Wouldn't it be even stranger is it spawned an RPG? Wait, it did - kinda.

Buckaroo Banzai the RPG took preorders back in July of 2011. It was announced by Adamant Entertainment. Who's that, you may ask? None other than Gareth - the man who is 4 1/2 years late on the Far West RPG Kickstarter - but hey, you're paying for the process, not the product with a Kickstarter - at least, that's what certain folks like to say. 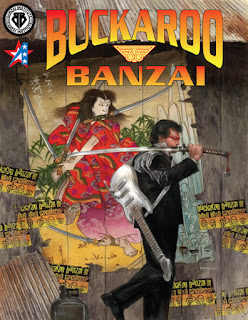 It was due out in Spring of 2012, but that never happened. But we do have a kickass cover. Gareth is really good at doing covers. Delivering products paid for in advance by his customers? Not so good.

Now, with increased attention on the Buckaroo Banzai Franchise, I expect many of those preorders are going to be saying to themselves:

"Shit - I preordered the Buckaroo Banzai RPG like a fucking half decade ago. Where is it? Is there at least a PDF?"

Alas, no PDF, but don't worry, I'm sure Gareth will get right on it when he finishes Far West at the end of the month. Which month? Why ask?

Gareth is now happily unemployed. He is no longer fulfilling Kickstarter refunds, as that money is long gone. And while backers MAY see a PDF at some point, I don't expect any white knights to pony up cash to let him print the books the backers are owed. So, if he has no money for Far West refunds, he has no money for Buckaroo Banzai refunds.

The thing is, Kickstarter is not a preorder system, as we are told by the fuck ups so many times. Conversely, preorders are not crowdfunding, they have certain protections under the law. You can demand your money back for a preorder. Federal law requires that you be refunded and refunded promptly.

So, if you're waiting on your Buckaroo Banzai preorder to arrive, know full well it's at LEAST 4 years out, as that seems to be the minimal amount of time it takes Gareth to produce an RPG these days. That's after he's already sat on your money, interest free, for 5 years.

Think it's time to ask for a refund?