So, I've basically been told that only positive interviews are going to happen with Gail. She will participate "only in interviews focusing on the positive aspects of gaming and positive news of Garys legacy."

Again. $421 in 2014. Someone has dropped the ball on their fund raising efforts it seems. 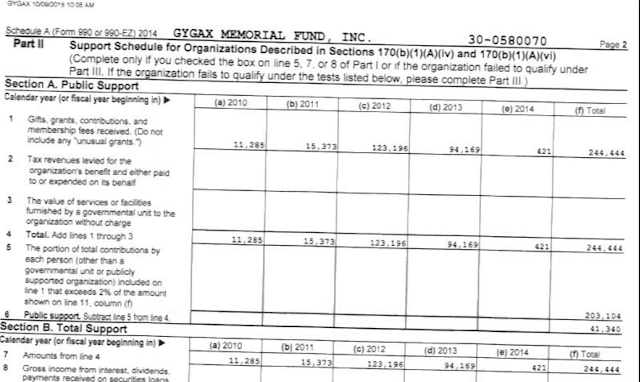 Actually, it's worse than that. See the page below. That a "Schedule O". It's missing from the first few years of tax returns posted, but it's important, as it gives a breakdown of expenses. 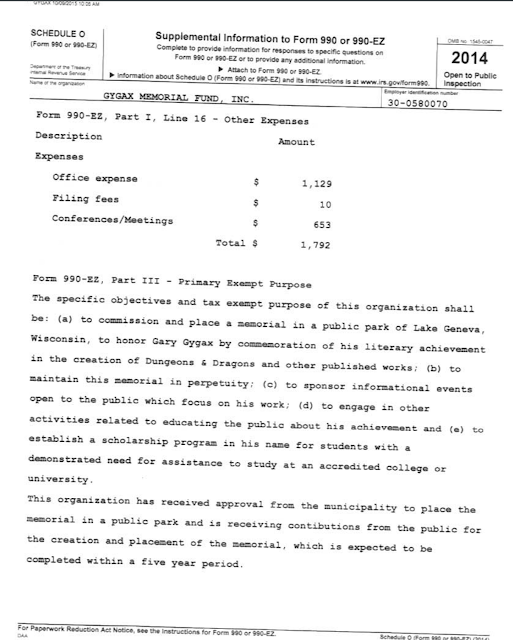 Now I know why the Fund is a sensitive topic. It's actually moving backwards now. There is apparently little support from the gaming community as a whole, and that's a damn shame.
Posted by Tenkar at 2:53 PM