Kickstarter - Bōken: A Tale of Ninjas (It's About Ninjas - Need We Say More? Apparently Not) 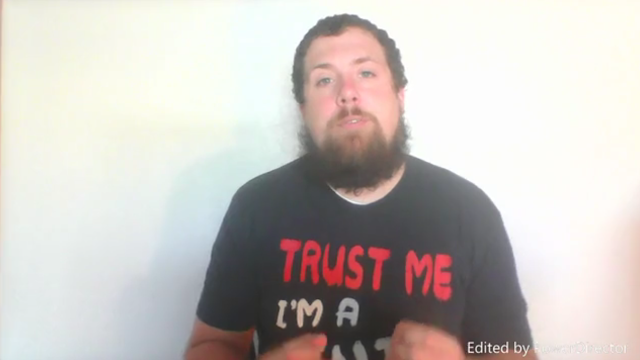 Sometimes certain Kickstarter projects leave me scratching my head. Bōken: A Tale of Ninjas almost made me pull out my hair.

The video starts with some animated ninja shit before moving on to some boring ass talking heads. The the thing is, if you don't listen to the talking heads, you wouldn't even know what broad type of RPG system it is (dice pools apparently.) Color me not impressed.

Any sample art on the Kickstarter page?

How about the approximate length of the book (which they are claiming a March 2016 delivery date)?

You don't even need to go to the Bōken: A Tale of Ninjas Kickstarter page to read the whole pitch as it fit into a single screenshot: 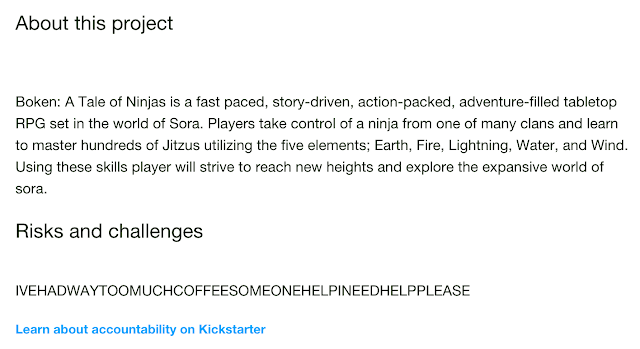 Too much coffee? How about not enough of anything else to justify even a buck to get backer only updates. Hell, they've all been public thus far so why bother.

For all of the good projects out there it's the quick attempts at a cash grab that really annoy the shit out of me.
Posted by Tenkar at 11:21 AM