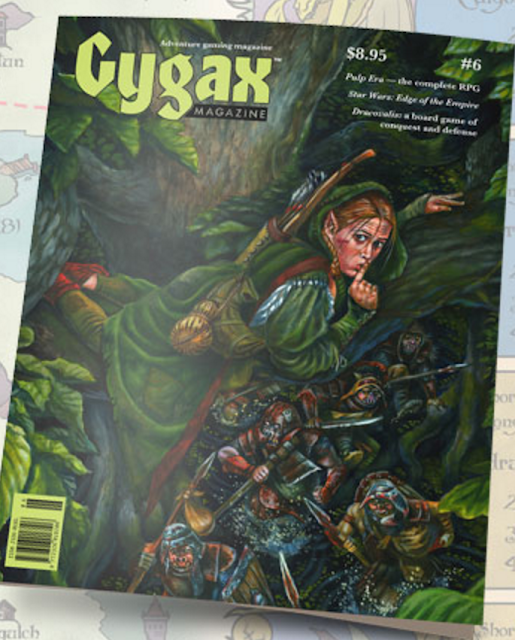 Remember how the new TSR arose out of the ashes of... well, nothing really. It was just three letters and it was grabbed for nostalgia purposes.

Same as Gygax Magazine - named and laid out to evoke nostalgia of Dragon Magazine in the mid 80s but not aimed at the D&D player, old or new. Instead, it's a shotgun aimed at pretty much all RPGs. Which means it's value to the old school gamer is fairly lacking.

Well, it seems that Gail Gygax had a lawsuit against the new TSR for using the Gygax name (I wouldnt be surprised if trade dress was also an issue.) The suit is now settled. TSR has non-exclusive rights to use the name Gygax and in the process Luke and Ernie Gygax have left the new TSR. That leaves Tim Kask as the only true heir to the Gygax legacy at TSR.

You can read the article over at ENWorld, as Gail sent the notice to +Russ Morrissey

In the end, I doubt this will have much of an effect on the viability of Gygax Magazine. The content is too scattered to appeal to many and I suspect the initial excitement of Dragon nostalgia has worn off for the grognards. A friend just predicted Gygax won't make it past issue #10. Even if it does, I doubt few will notice.

Now, any updates on the Gygax Memorial, or has that become a forgotten project?
Posted by Tenkar at 8:08 PM

Email ThisBlogThis!Share to TwitterShare to FacebookShare to Pinterest
Labels: gygax