A Closer Look at the Gygax Memorial Fund - Why Does it Seem to be Spinning Its Wheels? 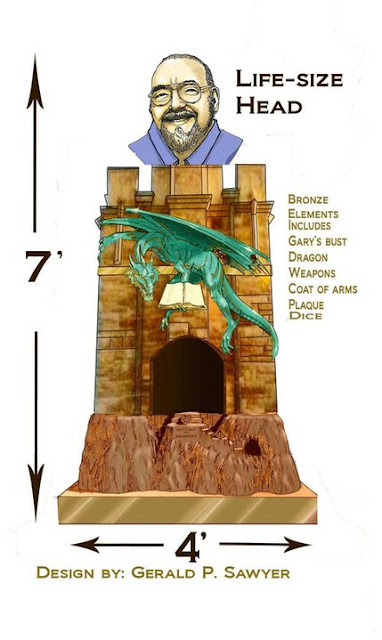 What do I mean? 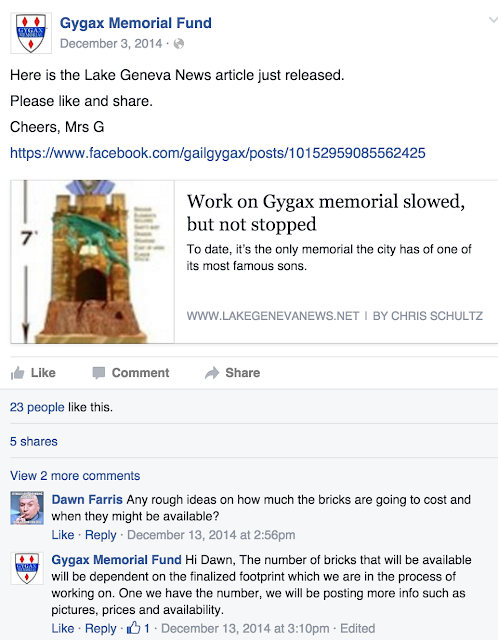 So, the sale of bricks is going to help fund the memorial. How many brinks? There has to be a low end number. It's nearly a year later. No footprint has been finalized?

Actually, this very article says there's going to be about 250 bricks. The maintenance fund requires $25k (as per the linked article). Do the math at home...

The following is from November 6th, 2013. Its from the Lake Geneva Board of Parks Commissioners Minutes. 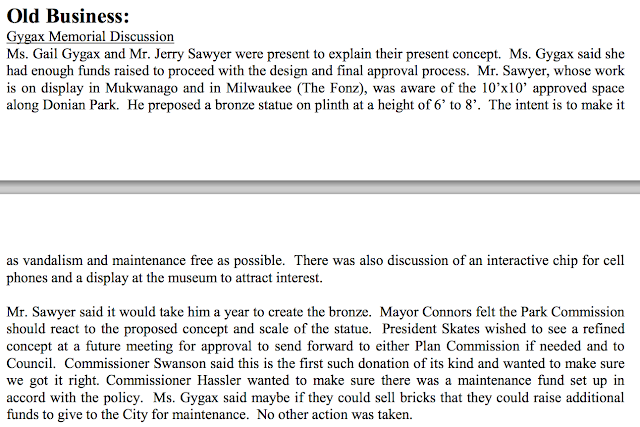 Gail's been talking bricks for 2 years now. The footprint is 10x10. Sure, some space is going to be covered by the base of the statue but how many bricks does she expect to sell?  How much is the statue? (actually, in the above article Gail estimates the statue / memorial at $250k)

Holy shit! $250k for the piece pictured above? Someone is getting robbed. I guess those bricks will need to be priced using "new math."

How much money does the fund currently have? Damned if I know. The last tax return posted on the Fund's website is for 2012 and it lists $129,162 in net assets. $123,196 was raised in 2012 alone, which means it carried over less than $6k from 2011. Why the huge bump in funds? Safe to assume it's from the sale of the AD&D 1e reprints by WotC. No, wait, that can't be right. The reprints went on sale in 2013 so that huge shot in the arm was from elsewhere. The fund must be sitting in mountains of money after WotC donated a portion of the proceeds from the sales of the reprints.

In 2012 Gen Con had a Gygax Memorial Fund Auction. That must be where the 2012 donations came from, right?

Nope, just a drop in the bucket.

Laziness? Perhaps. There doesn't seem to be much effort to get eyes on the Gygax Memorial Fund website. The last update on the website appears to be from June 12th of this year.

Incompetence? Not likely. Certainly not if the same legal team is helping with the fund that is steering Gail's iron grip on the Gygax legacy.

Something else? Perhaps. Earlier this morning I sent the Gygax Memorial Fund a request for the Tax Documents related to 2013 and 2014. Those tax returns are supposed to be available to the public. 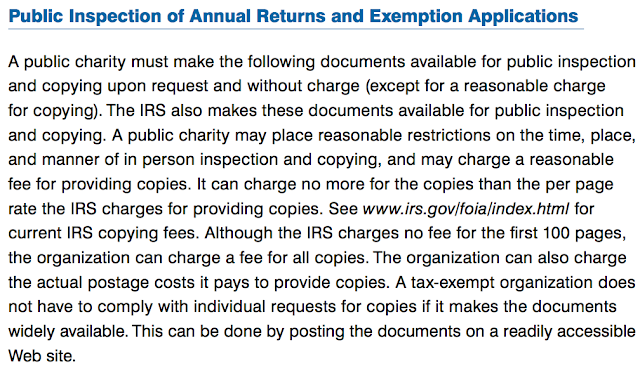 I'll post more as I dig more. At the moment I can't figure out why the sale of bricks hasn't happened yet. If and when I get the tax returns I'll post that info also. 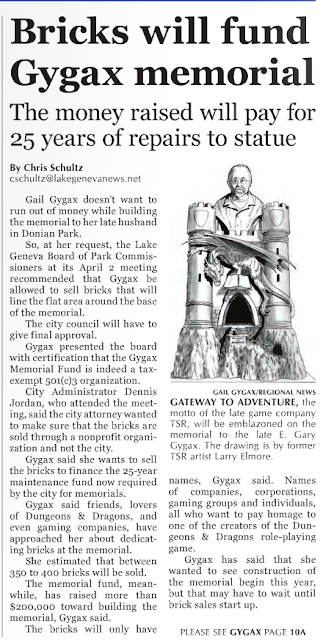 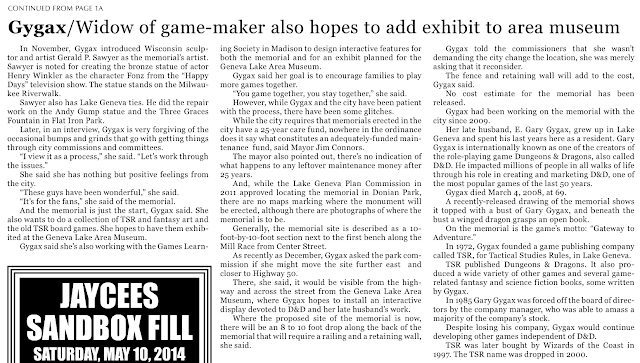