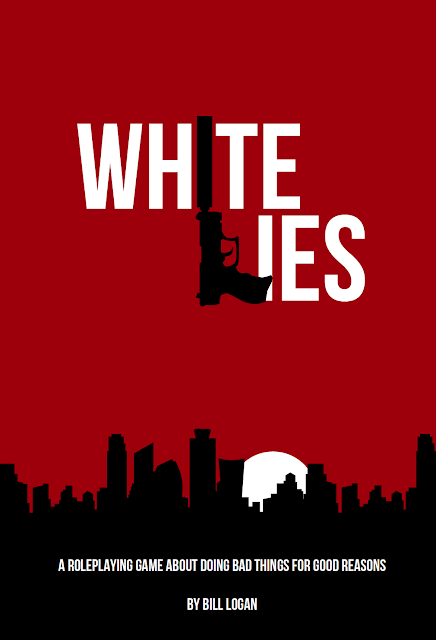 +Bill Logan was kind enough to give me an early reviewer's copy of White Lies, his Swords & Wizardry White Box compatible RPG of espionage and paramilitary operations. Holy expletive, but there is so much here that could be dropped whole cloth into a White Star campaign. The two together would be like peanut butter and chocolate - great on their own but something totally different and awesome together.

I haven't read enough for a proper review, but I love what I've read thus far. The class options are top notch and cover many of the roles one thinks of in modern day spy thrillers.

White Lies releases on RPGNow on November 5th  6th. I'll try to get a proper review done in time for release. In the meantime, I really like what I see here.

I just realized, the X-Files return in January. White Lies + White Star could make for a nice X-Files campaign...