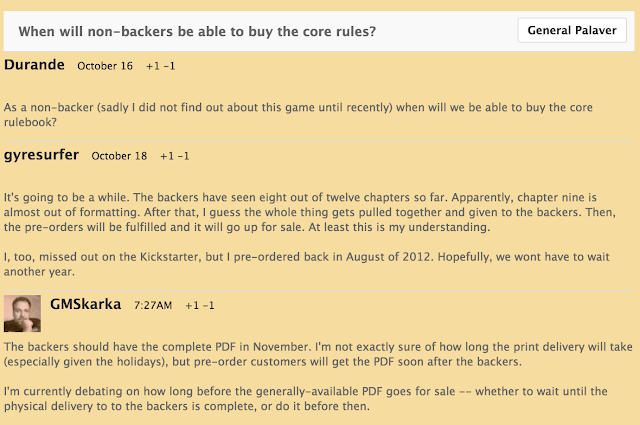 Ah, you gotta love the fall. The leaves change colors, the air gets crisp and we are given yet ANOTHER Far West "release date." Trying to predict a Far West release date is like predicting snow fall amounts - no one really know but God, and he ain't talking.

I'm guessing November 2017. Gareth still has like 4 chapters to go on the book and his rate seems to average one chapter per season. Yeah, we need a Farmer's Almanac to predict this shit. Would probably be more accurate too.

Tip of the hat to +Eric Franklin