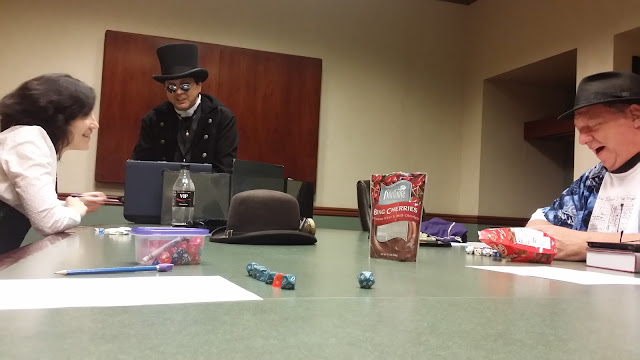 Rach and I played in Mike Stewart's Victorious game session (Steampunked C&C) this afternoon. God bless any man who can ham it up in costume AND run an amazing game session at the same time.

And look, my PC even arrived in costume ;) 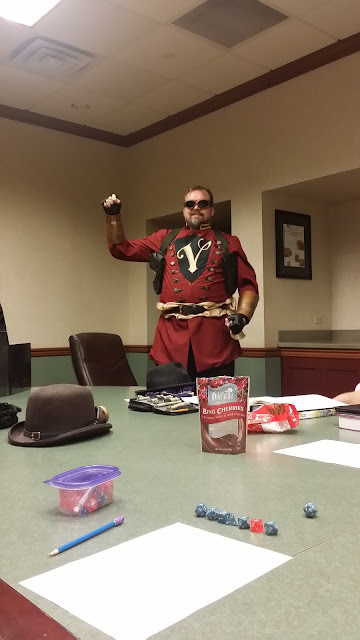 We followed that up with +James Aulds excellent Stars Without Number session (no photos cause I forgot) which Rach and I were a few minutes late to due to the restaurant being over run my famished gamers. Which was okay, as we got to spend some quality time with +Vincent Florio and his wife Randy over dinner. I really think we need to plan for an OSR couples dinner at NTRPG Con 2016.

Everyone I've spoken too can't speak highly enough about Bad Mike and Doug for the running of the con and even the hotel staff. Such an awesome time, we don't want it to end.
Posted by Tenkar at 1:45 AM