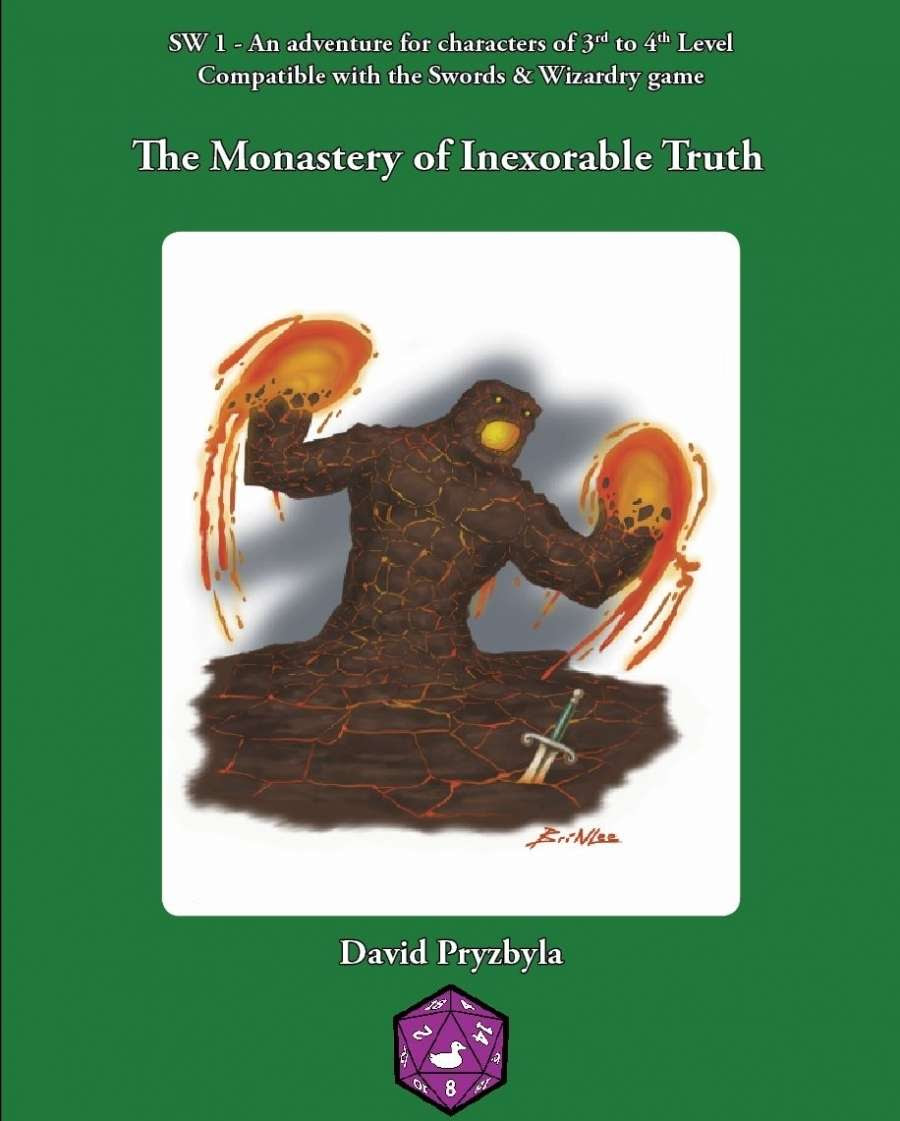 Now, i am most certainly biased in favor of this adventure as my group and I playtested it with the author, +David Przybyla (who is also a regular member of our group). We used PCs from my regular campaign along with me rolling up a 3rd level cleric. It was so brutal and yet so damn good.

I really thought we were going to be TPK'd more than once, but in the end everyone in the party survived. We certainly did better when we started thinking out of the box (my instinct was to go in head first, but then again, I rarely get to play and not DM- maybe that's a good thing ;)

Nice amount of action, enough going on to make you think - and think again - and a background story that makes sense - if the party figures it out. It took us three sessions to wrap this up, but I expect most groups would take two. We are slow starters :)

I can't recommend The Monastery of Inexorable Truth enough. (even includes a blank map for VTT use - well done +Mark Gedak )

THE TRUTH CAN BE DEADLY

It is said that the truth will set you free... but is that, itself, the truth?  The monks of the Order of Veracity built an amazing monastery complex in the frozen mountains, using the heat of natural magma flows, in order to contemplate the truths of their stern god, Ket the Unbroken.  When they were given a wondrous tome, the Codex of Inexorable Truth, they thought that all of the truths in the world would be theirs to behold... and it would be a lie to say that their bones rest easily because of it.  But the truth can be a valuable thing, and your party of intrepid adventurers has been tasked with obtaining the truth borne in the pages of the Codex, and must journey to the dark halls of frost and fire- to learn the Truth.

The Monastery of Inexorable Truth is a Swords and Wizardry adventure for player characters of the 3rd and 4th level, including the map and key to the Monastery, five new monsters, and rules for administration of the Codex of Inexorable Truth, a powerful artifact held within the Monastery. Challenge your players to explore the domain of Ket the Unbroken, where to be tested is to find the truth of one's inner self- if you survive!  Get it now from the intrepid investigators at Purple Duck Games!