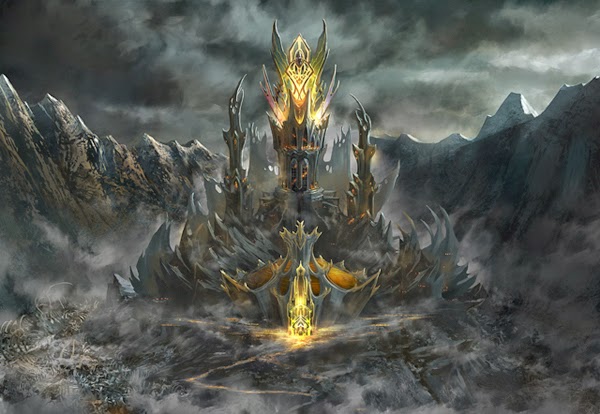 Forbes (of all places) just had an article on the upcoming Tyranny of Dragons "Event" from WotC based upon a preview Chris Perkins shared at PAX East.

An interesting tidbit in the above linked article:


• The ToD adventures will be separate from the core system rules coming out this summer, but will be closely tied into those rules, and the first major adventures.

So, it looks like Tyranny of Dragons will be self contained and NOT require the core D&D Next books to play. Which is kinda good for the discerning gamer, as you can get a peek at the rules and the "breakout" adventure in one shot and decide if this train trip through the Realms is right for you and your group. It also means you get to pay for the rules an extra time - or at least, non identical twins of said rules if you want the "full monty".

But, it's not like they expect players in traditional home groups to cross over with organized play groups...


• ”We’re thinking of Dungeons & Dragons as an entertainment experience across multiple platforms” that will move from story to story fluidly… so a plotline might start in the organized play games and finish in a published module.

There is certainly an effort to maximize the earnings potential from the upcoming releases. I wonder how much they will charge for B/X and 1e PDF conversions of the upcoming railroads (as well as 3.5 and 4e I am sure)?
Posted by Tenkar at 9:57 AM