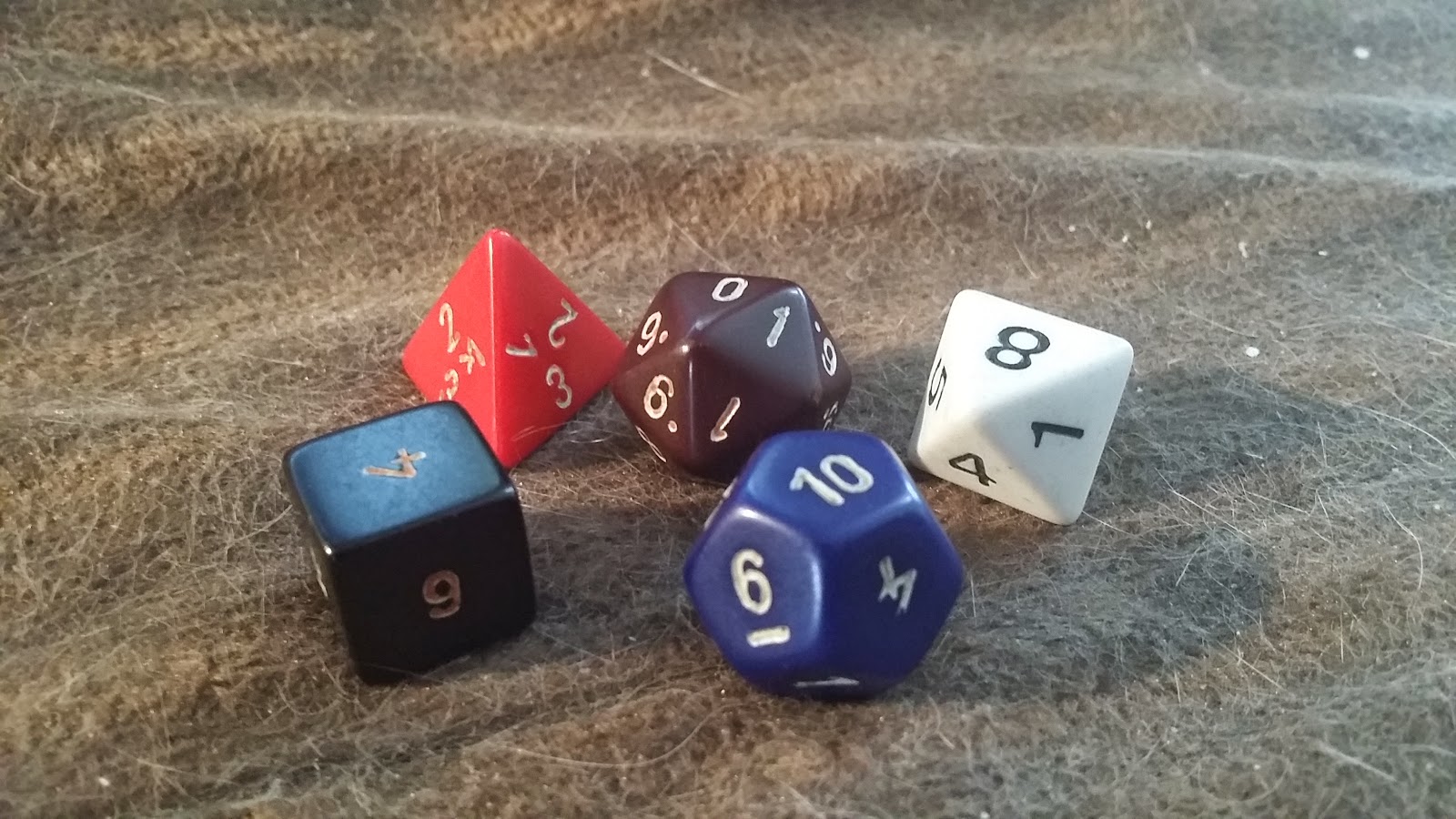 Yep, these are the original dice my parents bought for me to go along with my Player's Handbook and Dungeon Master's Guide. The d4 was missing for years before mysteriously reappearing. There was no d10 for any of the young ones asking - the d20 was numbered from 0-9 twice. One side is orange numbers (kinda) the other was usually green. Guess I went with white in my later years ;)

These dice were first used in the summer of 1980. These were followed a year or two later by a set of un-inked gem dice.

Thanks to +parrish warren for giving me the push to find them :)