Which Game Have You Owned and Most Wanted to Play, But Never Did?"﻿ 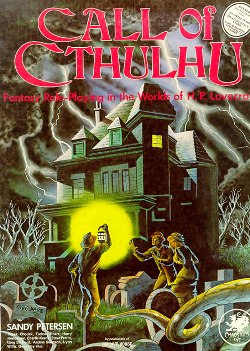 I owe this question to +Ted Collins : "Which game have you owned and most wanted to play, but never did?"﻿

For me, the answer is easy enough: Call of Cthulhu. The reasons, however, are multiple.

My groups always wanted to play in a campaign style game - CoC always seemed most suited to one shots and short story arcs.

PCs are pretty much domed from the start. I don't mind that kind of play, but my High School and College groups wanted to kick ass or die trying. CoC kinda kills you if you try - always.

I never felt confident in my ability to pull off the feeling of dread and horror that CoC requires, and no one else was game to try.

So, here I am, nearly 30 years later, and I still haven't played a session. Got as far as making characters - twice even!

So, "Which game have you owned and most wanted to play, but never did?"﻿
Posted by Tenkar at 12:51 PM