What is the SECOND RPG You Owned? 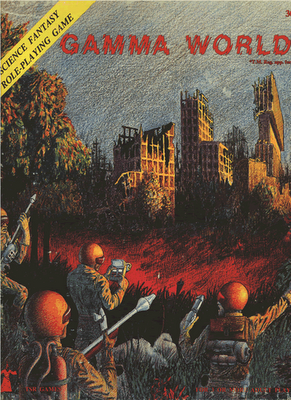 Most of us started with D&D / AD&D in one of it's various flavors, although I have seen a significant number that started with other RPGs, which is pretty cool.

This is not a question asking about the RPG that was your gateway into the hobby.

Instead, it's a question about the game that you were drawn to AFTER being introduced to the hobby.

So, what is the second RPG that you owned?
Posted by Tenkar at 10:52 AM