Do You Own Those Funky DCC RPG Dice? 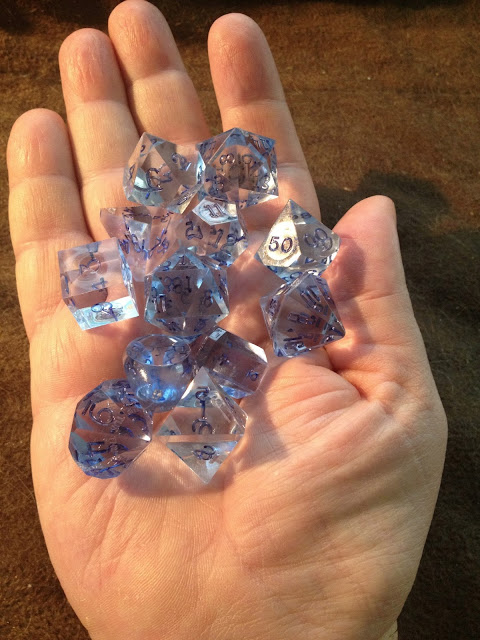 It's kinda funny. When it was revealed that the (then) upcoming DCC RPG used these funky sided dice - d3, d5, d7, d14, d16, d24 and d30 I got all bent out of shape. Why should some new fangled game require me to buy dice that I did not have? I had hundreds of dice, and they were all of the standard weirdness, or so I thought.

When I went through the bulk of my old dice collection, I found I apparently had a set of dice that included all but the d7 (the d7 is an ugly piece of dice poo, and I've yet to see it as part of a dice set). This is in addition to the set I bought when the DCC RPG was released.

So, even though I was initially resistant to the extra dice used by the DCC RPG, I actually owned a set of "weird" polyhedrons before it was in vogue.

Do you own a set (or more) of "DCC RPG Dice"? Did you own them before or after the game was announced? How deep does you dice collecting habit go anyway?
Posted by Tenkar at 10:08 AM