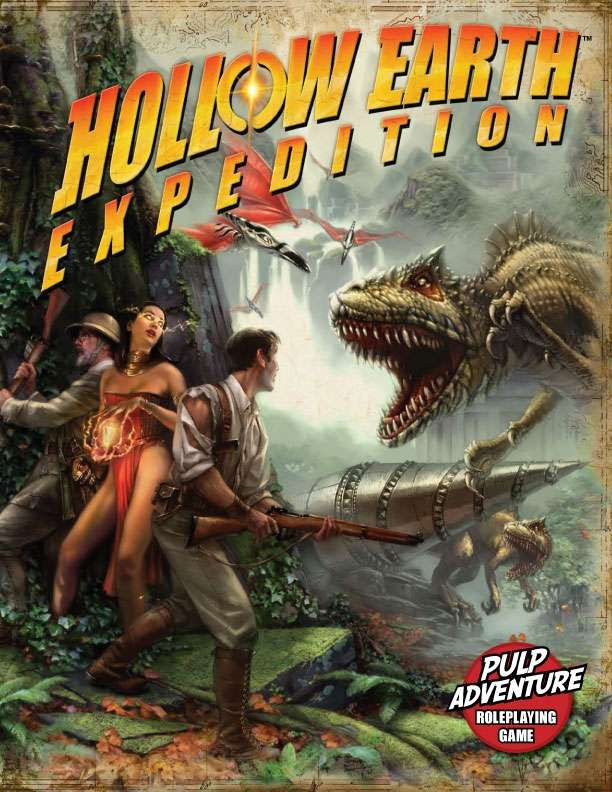 Now that I actually have Hollow Earth Expedition in hand (and not the two free quick starts, which are both very good introductions for the system) I must say I am really impressed.  More impressed than I have any right to be.

Savage Worlds does a lot of things right.  Once you are comfortable with the system, it most certainly does play fast and furious (I'm fairly certain Solomon Kane will be in my list of games to run in the short story arcs).

That being said, I think HEX will play even quicker.

The Ubiquity System, which HEX is built upon (and really should be released as a stand alone core system) is extremely intuitive and user friendly, at least that's what I get from it on my initial read.  The ability to take an average result for non-stressful event determination is a great time saver if used properly.

It really is a sweet system.

It's also asking me to hack it to either high fantasy and / or space opera type sic-fi.  I must be hanging around too many game designers these days.

I think the space opera hack could be fairly simple (well, relatively simple) compared to the fantasy hack, as I don't believe there is a spell system here.  I may be able to crib the spell system from Savage Worlds for that purpose, but that may occupy more time than I have free these days.

This will definitely been in my short list of games to be run in the short story arcs.

Major thanks to Runeslinger Casting Shadows on G+ for the HEX suggestion ;)
Posted by Tenkar at 9:42 PM