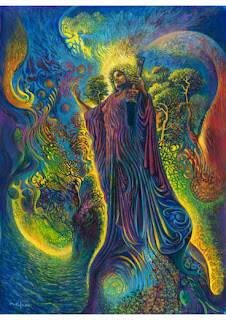 I've been having a small discussion of the Bardic Spellcasting on Google+ (small as in me +1 ;).

This is the alternate idea:

John Allder Stephens  -  As an alternative to using a control die, you could also have the Bard Save vs. Magic, with a mishap if d6 comes up 6 or if the Save fails. The Save vs. Magic would allow for the bard's magic getting more stable over time.
Yesterday 7:39 PM
So, this would be harder on the caster initially but easier as they level.
Another possibility is just using the Pip to determine spell level / spells per day and requiring a save vs spells to have the spell go off unchanged.  A failed save can result in a minor change to the spell up to some fairly major issues for the caster.  The Pip could even be a saving throw bonus for this save only.
In either case there will a "Spell Mishap" table.  I like tables :)
I'll take any input you wish to offer, then I'll be putting the Bardic Spellcasting on the back burner and moving on to some of the bard's other abilities, such as Charm, Performance, Lore and such.
Posted by Tenkar at 7:04 PM