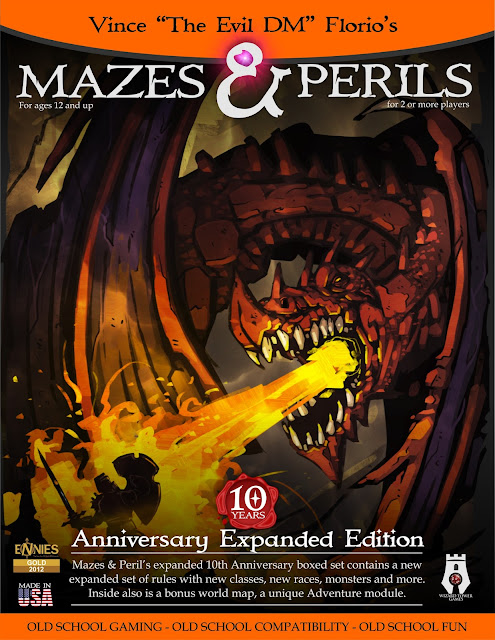 Later this year we will see the 10th Anniversary Edition of Mazes & Perils released by Wizard Tower Games.

I've enjoyed Mazes & Perils in the past (as well as knocking heads with Vince Florio in the beginning of Mazes & Perils gestation period. Such is the way of The Tavern ;). It's been a lighter OSR than some of the other rulesets, and I'm interested in seeing where it lands on the final page count later this year.

Email ThisBlogThis!Share to TwitterShare to FacebookShare to Pinterest
Labels: mazes and perils, OSR