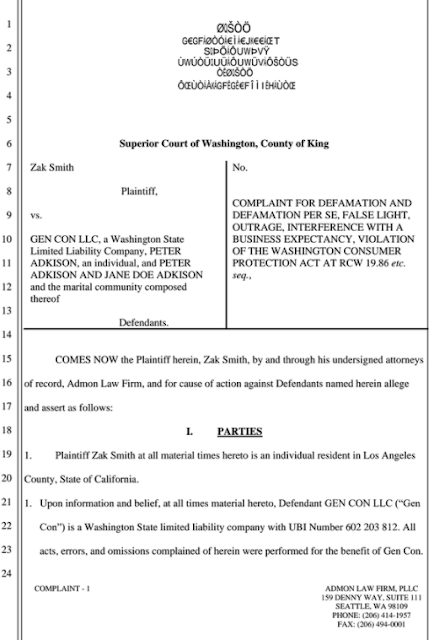 Let me say straight off the bat, my personal opinion of Zak Smith, based on my interactions with him online over the years, is that he is a wannabe bully. He is also extremely talented as an adventure writer and when he is on target he has few that can match him. I still think he's a POS.
All that being said, I suspect that Gen Con / Peter Adkison will be paying out on this lawsuit. As was pointed out to me, the filing was likely timed as the statute of limitations to file such a suit is 2 years from the date of the incident, and it's likely there were attempts to negotiate a settlement prior. Now, it's all public and NOT the kind of publicity Gen Con needs less than six months prior to - hopefully - going back to an in-person convention this year.
I personally think the major allegation is Interference with a Business Expectancy, as my understanding is that the bar that needs to be met to prove such is relatively lower in the State of Washington than other jursidictions.
I shared this news on the podcast last night, for those that aren't excited about reading a 13-page lawsuit:
https://anchor.fm/tavernchat/episodes/Zak-Smith-is-Suing-GenCon-for-Defamation-and-More-er8e7c
https://youtu.be/k-3HX1-wrlQ 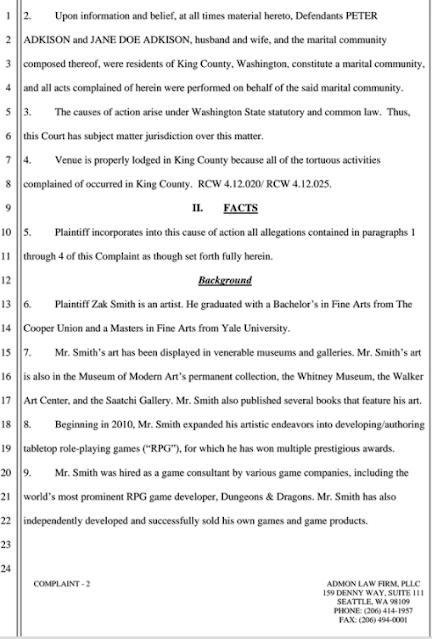 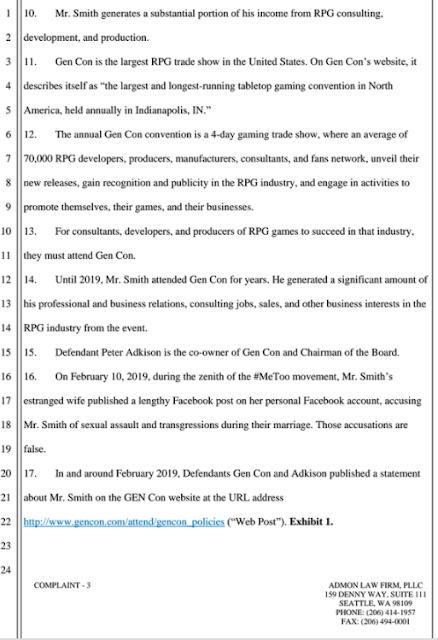 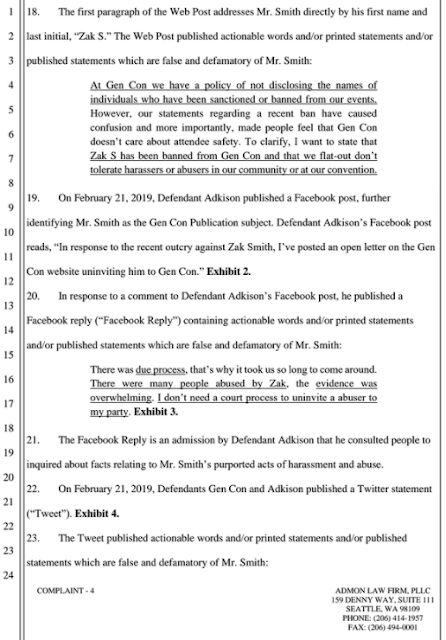 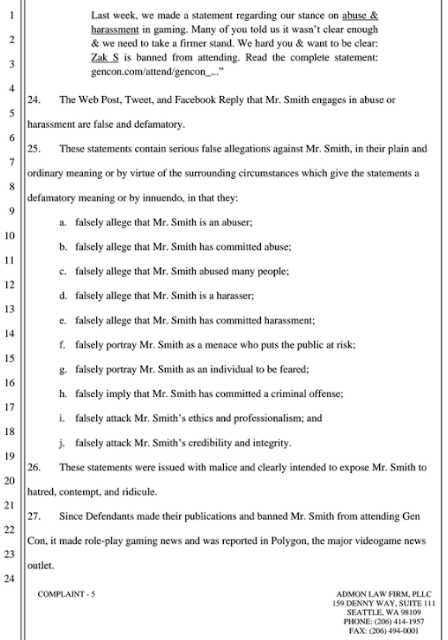 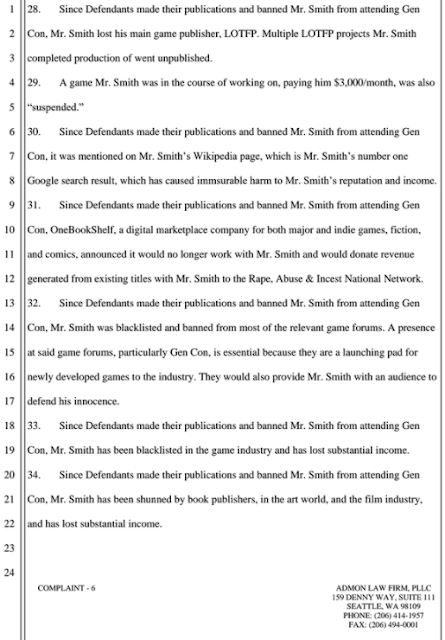 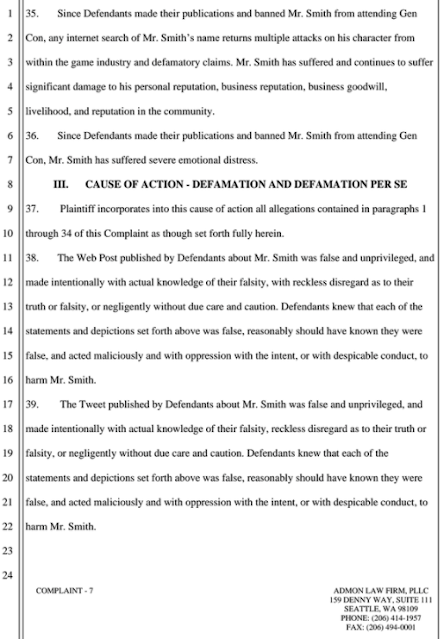 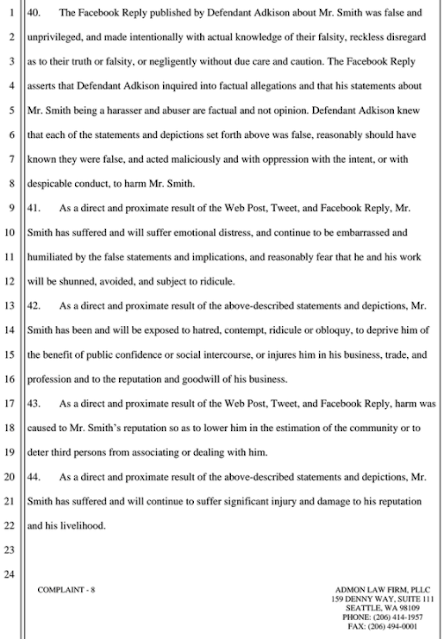 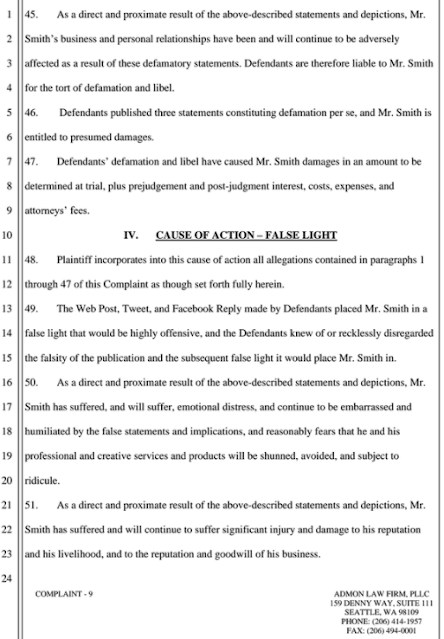 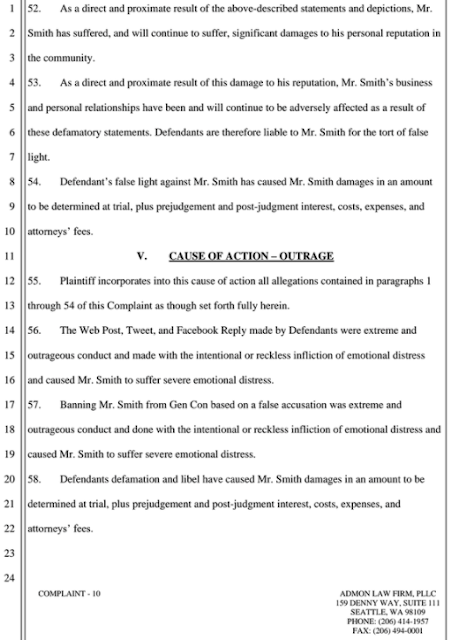 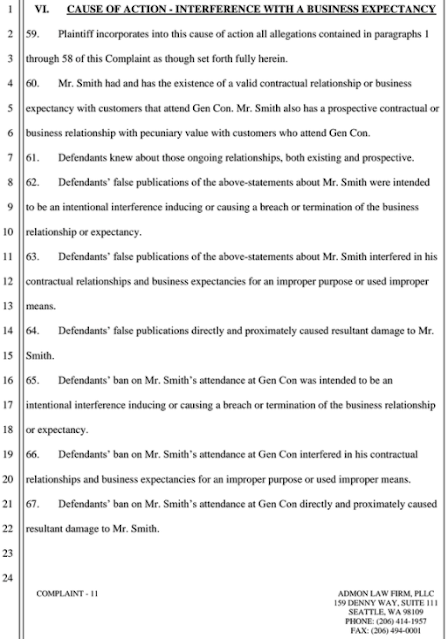 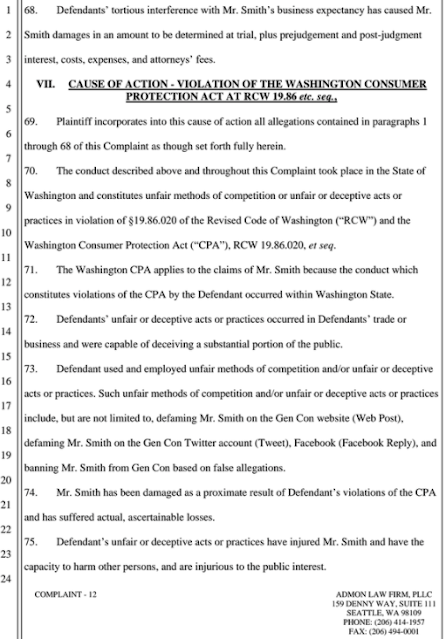