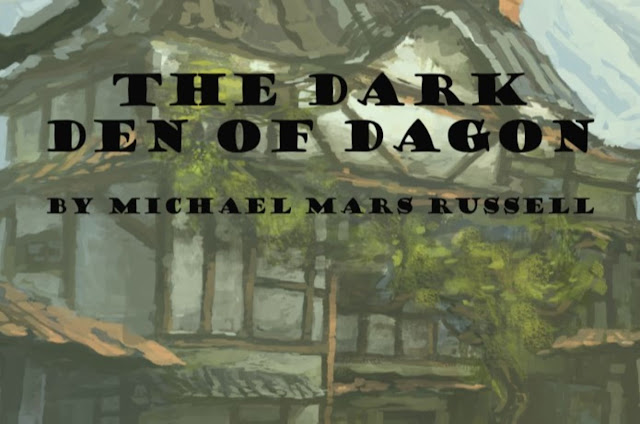 It isn't often that I cover Pathfinder releases, but The Dark Den of Dagon over at Indiegogo is special. As far as I can tell, and please, correct me if I'm wrong, it is the first third-party release under Frog God Games' open license for their Lost Lands setting. I'm kinda excited, as I had advocated for such a license for the Lost Lands a few years back.

This adventure is designed for a group of 4-6 characters of levels 5-7 playing the Pathfinder Roleplaying Game. While functional as a standalone module, this adventure is designed to be the first adventure in a series exploring the workings and reasons of a deity of the Lost Lands referred to as the Nameless One and her most faithful servant, “the Walking Stick Man” as they try to recover ancient words of power and stir forces lost and forgotten.

This adventure starts in the settlement of Chesmire, though can be moved around with little difficulty and placed in any campaign world with only minor changes, namely the addition or use of an ancient lost or near lost pantheon. The reason for the placement in this area is easy access to the adventure “Sorcerer’s Citadel” from Quests of Doom, which should be played following the events of the second adventure in this series as a return to the feelings of normalcy while still maintaining references to the ancient pantheon on which these adventures are focused via the statue of Mocham.

The PDF of The Dark Den of Dagon is only 5 bucks. The Print plus PDF is 15. For 5 bucks, I can convert this to Swords & Wizardry on the fly ;) 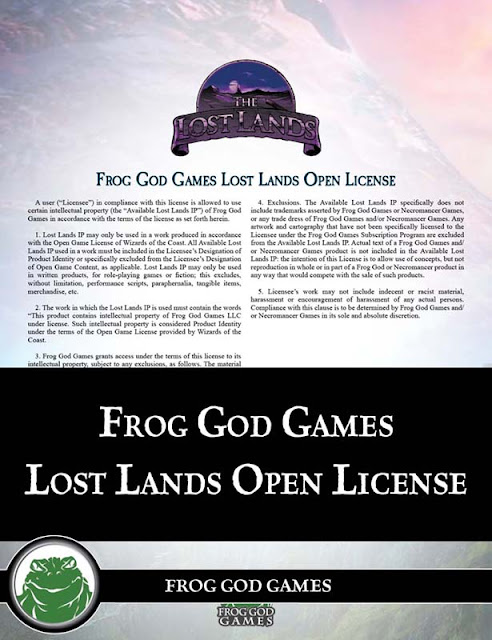 The Tavern is supported by readers like you. The easiest way to support The Tavern is to shop via our affiliate links. DTRPG, Amazon, and Humble Bundle are the affiliate programs that support The Tavern.
You can catch the daily Tavern Chat podcast on Anchor, YouTube,
or wherever you listen to your podcast collection.
Posted by Tenkar at 2:23 PM