There Was a Metallic Demon in My Mail Today! 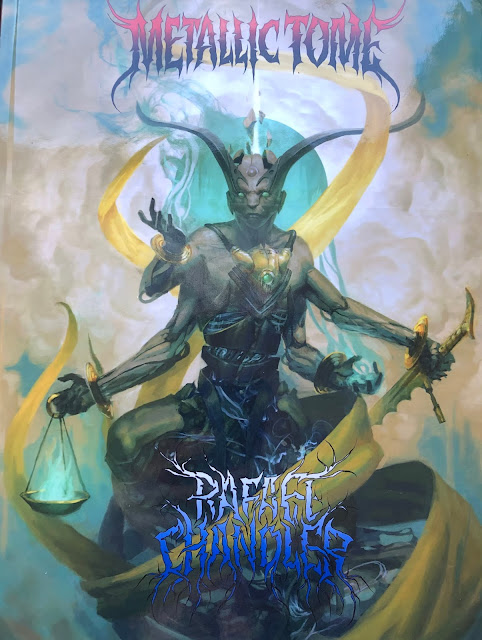 I'd like to give a huge thanks to Rafael Chandler for sending me copies of both the Metallic Tome and the Demonic Tome. Holy shit but I've got lots of good reading to accomplish in the next few days. 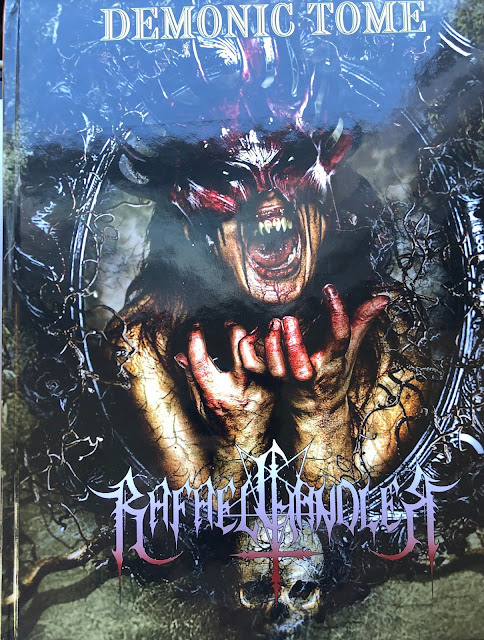 You can grab the pair in print at Lulu. PDF copies can be found at DriveThruRPG (14.99 for the Metallic Tome, PWYW pricing for the Demonic Tome).

Combined the two make for an awesome resource for a modern OSR game in a John Constatine like setting.

They needed a hero. Instead, they got you.

Pollution chokes our seas, nuclear war has destroyed our cities, and worst of all, guitars are illegal. Surveillance satellites monitor our every move. Conformity is the law! There is only one thing that can save us: METAL.

Metallic Tome is a sourcebook for old-school role-playing games set in the modern day. It's inspired by heavy metal music. Created by the reprobate who wrote the Teratic Tome.