Coinage in Fantasy RPGs - Why So Large? 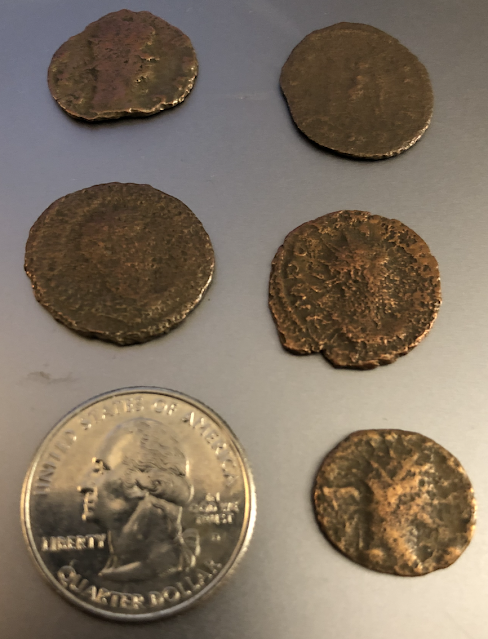 One thing that has irked me since my early days of gaming was the 10 coins to a pound ratio in AD&D. Even in my teen years it seemed outrageously large, and I vaguely remember an issue of The Dragon from the early 80s discussing such.

Above I have a pic of some Roman coins and a US Quarter. One pound of quarters gives you 80 quarters, so a coin in AD&D is the weight of 8 quarters I (2 bucks of coins jangling in your pocket)

So, 100 coins to the pound isn't a stretch, its historically accurate. Certainly more realistic.

So, why 10 coins to the pound in AD&D 1e? I'm guessing to make retrieving the spoils a worthy effort. I just don't see the need for such heavy coinage and never have.

What are your thoughts?