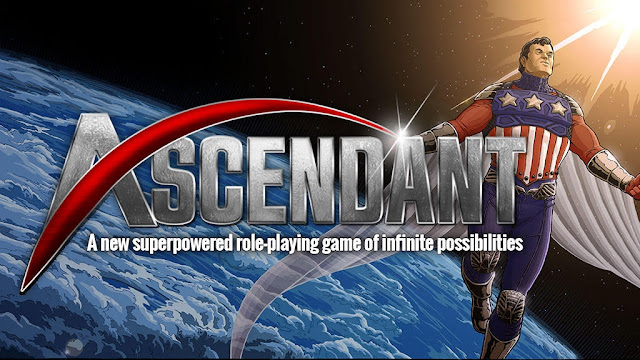 I've always had mixed feelings about superhero RPGs. Usually, they were too many dice (Champions) or had random powers (V&V). TSR's Marvel Superheros probably hit the sweet spot, and as much as I thought I wouldn't like the color-coded charts, they grew on me and became second nature.

Yesterday, Autarch launched a superhero RPG Kickstarter - Ascendant - and it has its own color-coded chart. Heck, they forwarded me a PDF of the rules - when I'm healthy I'll delve into them - but at first glance, they look solid. 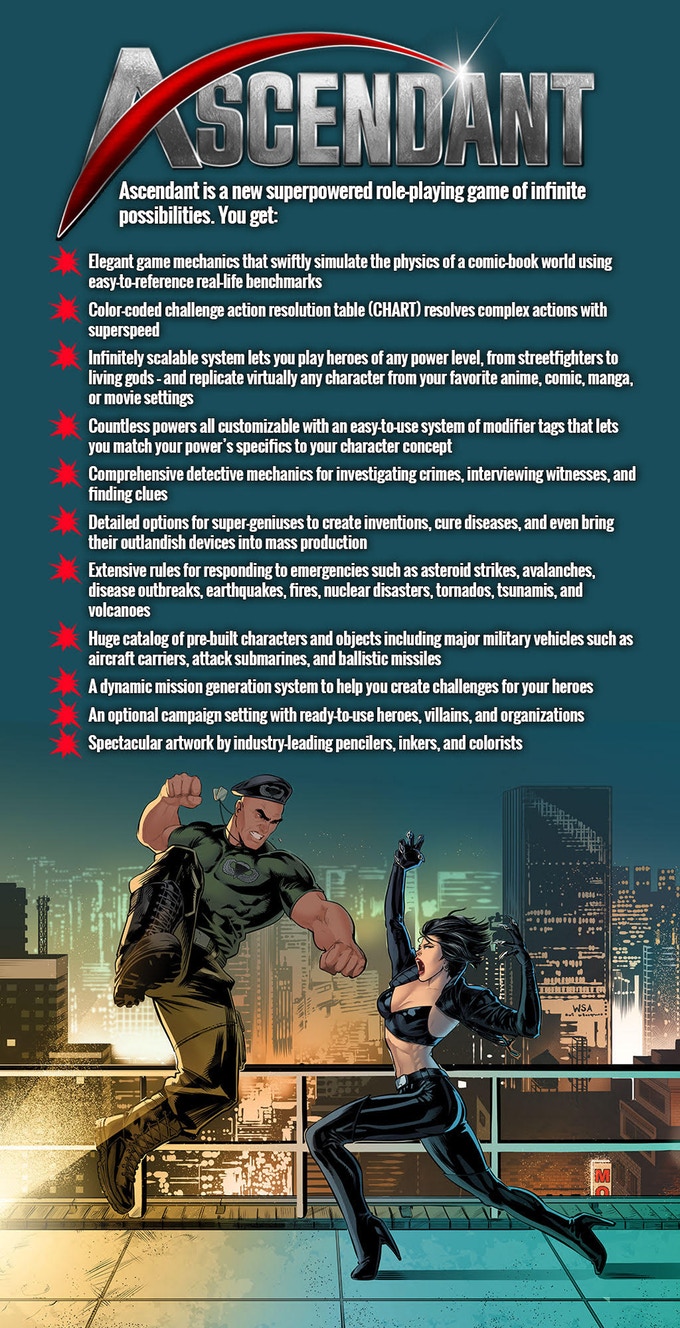