Deal of the Day - Dead In The Water (MCC RPG) 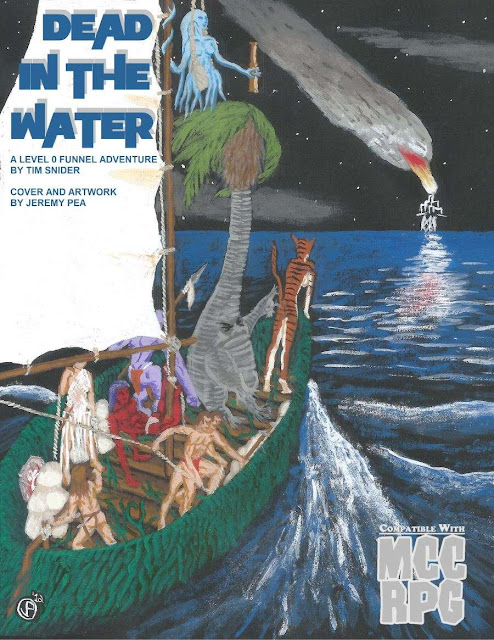 Tim Snider. The man, the myth, the amazing GM. Time Master, Toon, Mutant Future and more - no system will lay abandoned in his hands. Or something like that. Tim is, quite simply, "good folk" and I like to support good folk. Besides, Tim was my wife Rachel's first GM. :)

Today's Deal of the Day is Dead in the Water, a funnel for the Mutant Crawl Classics RPG by none other than Tim Snider. Normally 6.99 in PDF, until tomorrow morning you can get it for 3.49. Now THAT is a deal ;)


Mindless, water-logged abominations have been coming ashore, attacking fishing villages along the coast of The Rainbow Sea, then dragging their victims off to a watery doom. Your ragtag party of post-apocalyptic Seekers have been tasked with stopping the invasion. Perhaps the answer can be found on the legendary Island of Fire.

Dead In The Water is a beginning funnel adventure for 12 to 16 0-level Seekers. This product is compatible with the Mutant Crawl Classics Role-Playing Game (MCC RPG).

Email ThisBlogThis!Share to TwitterShare to FacebookShare to Pinterest
Labels: deal of the day, mcc rpg