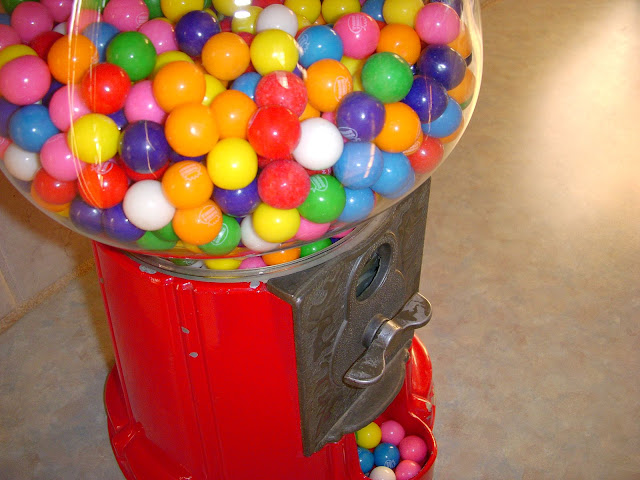 Red is fireball spell, pink is a healing potion, white is a light spell...

From an article at ICv2:

"A number of stores have also adopted a pay-to-roleplay program with participants paying for a seat in a RPG game offering an upscale experience. One store runs two sessions on a Saturday with six spots in each game, charging players $15 each for a seat at the table. Other stores with successful pay-to-play programs further monetize the sessions by stocking gumball style machines with plastic capsules containing in-game bonuses such as a +1 to hit, a potion of healing, or a certificate giving the player a rare pet. Sometimes these machines clear $50 to $200 per day with huge profit margins."
(Emphasis mine)

WTF is the world of tabletop gaming coming to?

What DM/GM is going to allow in-game bonuses from an in-store gumball machine?

Where the fuck are the stores with these machines?