A "WTF are they Thinking?!?" Kickstarter - Role Playing Games Television (Funds at $800k) 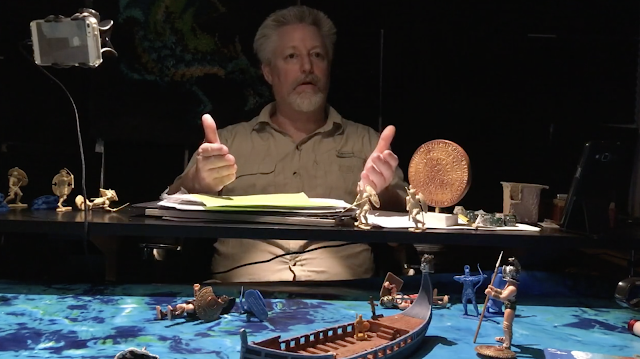 "A grand showcase of production and performance, with table top miniature photography and role playing dramatized by actors." 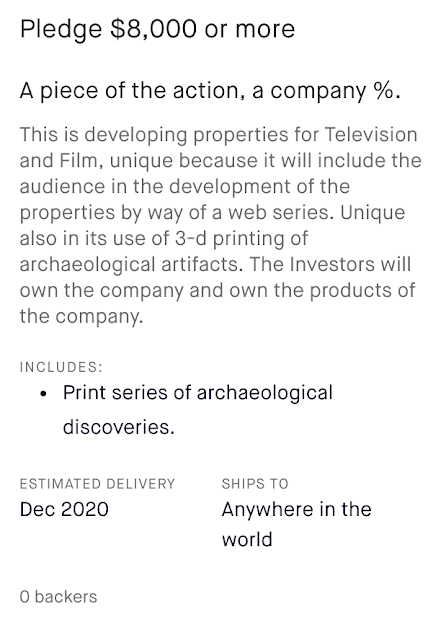 Now, you get a % of the company. How much a percentage, he doesn't say. But to fund, we'll need 100 backers at 8k apiece. And you though Destination Fantastic had lofty goals.

Then there is the video. Beyond listening to just how smart the project creator is, we get horrible jump cuts, uncertainty over the stock offering (with all of the jump cuts why not edit this piece?) and a shirt that is much too tight at the belly button. I was simply fascinated with what appeared to be a belly button outside his shirt. Why the hell did he have to spotlight this?

Role Playing Games Television Kickstarter is a product of hubris, delusions, psychosis or perhaps all of the above.


While we are aiming to produce Television Shows using former famous Dungeons and Dragons modules produced by TSR (currently owned by Hasbro and managed by Wizards of the Coast), new properties are encouraged and have been developed. More ROI can be garnered by producing newly minted RPG settings, providing a income for new developers and writers.

I have never done that, but it is just a matter of the right price?

The process uses modules to develop storylines and characters, and previously famous modules SHOULD BE produced as movies and TV. They will be!

I thought the D&D movie license was subject to an ongoing lawsuit. I'm glad I was corrected. ;)

Thankfully it's not a product that will see the light of day at this rate...
Posted by Tenkar at 10:35 AM